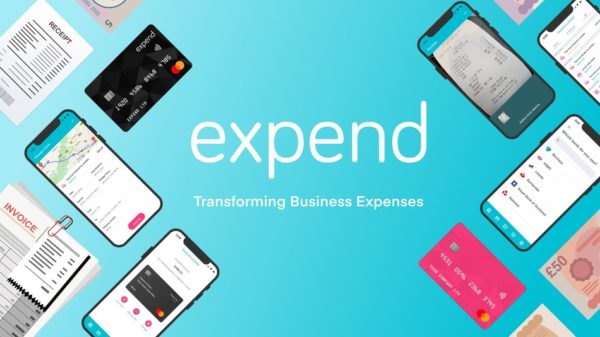 Expend, a UK-based AI-powered fintech, has successfully secured its initial £500,000 funding target through its equity crowdfunding campaign on Seedrs. The funding round, which recently made its debut, has already attracted more than 100 Seedrs investors.

Founded in 2016, Expend claims it has steadily grown its customer base and has helped thousands of UK SMEs save time, money, and effort by consolidating management, payment and accounting tools into a highly streamlined process.

“Expend provides real-time insights into company spending and gives control back to businesses, through customisable security controls such as spending allowances on Expend Mastercards and approval flows mirroring company hierarchies and structures. Expend does all the heavy lifting such as chasing missing receipts and neatly filing everything into a business’s accounting software platform.”

The company further revealed that prior to launching the Seedrs campaign it already raised more than £3.5 million. In regards to the funding round’s success so far, Johnny Vowles, CEO and co-founder of Expend, added:

“We couldn’t have asked for a better start to our fundraising campaign. Expend’s service is heavily relied on by our customers and the time and money-saving benefits are incredibly important in today’s climate. We’re very grateful and are excited to get on with taking Expend to the next level.”

Expend is now offering 2.88% in equity at a £19.7 million pre-money valuation through the campaign, which is currently set to close mid-June.