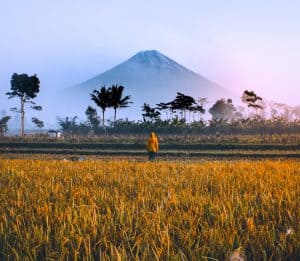 Using the API of its digital lending app Pinang, BRI Agro’s online savings and lending solutions will be offered to 250,000+ Payfazz agents. Agents can provide the same service to their 10 million monthly active customers across rural Indonesia.

The partnership aims to accelerate BRI Agro’s plan to expand operations beyond agriculture-focused lending and become a digital banking platform.

Kaspar Situmorang, CEO at BRI Agro, noted that Payfazz’s rural-first approach is consistent with BRI Agro’s focus on promoting financial inclusion in the country’s hard-to-reach and informal economies. Notably, there are 47 million underbanked residents in Indonesia and around 92 million consumers are unbanked.

The partnership with Payfazz is reportedly one of BRI Agro’s several key partnerships with Fintechs,  which is part of a strategy to widen the digital bank’s presence in the country.

“Gig and service economies gained a stronger foothold in rural Indonesia due to accelerated digital adoption caused by the Covid-19 pandemic, but many of these microentrepreneurs still lack access to basic banking services that can help them grow their businesses, mitigate risks, and build healthy credit profiles. With Payfazz acting as yet another channel for our digital savings and micro-lending solutions, BRI Agro takes a giant step closer to becoming the financial home for Indonesia’s gig economy. We are especially excited to bring Pinang — with its flat 1.24% interest rate and two-minute loan approval process — to over 10 million non-urban Indonesians via Payfazz.”

“Here at Payfazz, we see banks and other fintech outfits not as competitors, but as potential partners. We concentrate the vast majority of our resources in rural areas. This includes vetting and onboarding agents and understanding the nuances of different provinces. With this in mind, we can help BRI Agro channel its competitive savings and lending solutions to rural Indonesians quickly and securely. Down the road, we hope to expand this partnership to BRI Agro’s more complex products such as insurance and investments, then eventually toward formalizing these so-called informal economies.”