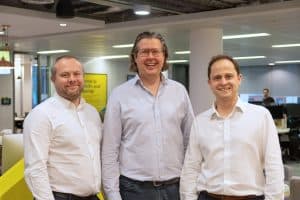 According to documents filed with the exchange, LendInvest will raise £40 million at a £255.6 million valuation. 83.7% of shares will remain in the hands of the founders as well as early investors.

LendInvest facilitates short-term financing for developers utilizing a digital platform. As of March 31, 2021, LendInvest reported £1.6 million in assets under management (AUM) and a £12.1 million EBITDA. In 2017, LendInvest had £326 million in AUM.

According to a statement on the company’s website by co-founder Christian Faes, LendInvest was built to fill a “critical capital gap in the property finance market.”

“For decades, it’s been a market dominated by traditional banks, characterized by rigid products, poor customer experience and manual, paper-based processes. We believe that the property finance market in the United Kingdom is one of the few remaining verticals in the UK financial services sector that is yet to be disrupted by technology. The answer to this problem was clear: to create a new property finance platform, one that gives customers the speed, simplicity and certainty that they want. With every loan, every new product, and every year, we’re showing borrowers and investors what the mortgage market should look like.”

LendInvest was founded by Faes and Ian Thomas in 2008, since its launch the Fintech has originated over £3 billion in mortgages having engaged with a growing number of institutions to fund these loans. Earlier this year LendInvest secured £625 million from J.P. Morgan where up to 50 percent. of buy-to-let mortgages originated will be allocated to the J.P. Morgan Separate Account.

A public listing of LendInvest has long been anticipated. It was reported in 2019 that LendInvest was considering a public float only to shelve plans for a later date. The red-hot IPO market and a keen interest in Fintech, especially with firms that are generating net income, open up an opportunity for LendInvest to raise capital while creating liquidity for investors.