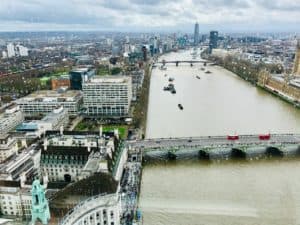 Financial exclusion is negatively affecting billions of consumers across the globe, including the younger generations who do not have established credit histories.

As the United Kingdom‘s economy tries to recover from the COVID-19 crisis, the nation’s lending platforms are expecting an increase in unsecured lending. As more individuals submit applications for credit, it’s quite likely that they’ll be denied access due to lack of an established credit score.

LOQBOX and ClearScore are now teaming up to assist UK customers with creating a good credit history, by supporting them in getting a solid start on credit so they can secure a more responsible financial status in the future.

The integration of LOQBOX into ClearScore Build is reportedly “a world first” and should assist many UK consumers. ClearScore and LOQBOX will work cooperatively to enable clients with checking out their credit-building progress, while also learning how to establish a good credit score. Clients may also receive timely updates all in one convenient place.

“This world-first partnership and integration is a huge step towards ending financial exclusion. Certainly, since the pandemic, we have seen more and more young people who have suffered from a poor or non-existent credit score, preventing them from participating fairly in the financial world. We believe ClearScore x LOQBOX will help thousands of people who want to get a head start on building a credit history and to eventually become financially included.”

“We are very excited about ClearScore x LOQBOX which is designed to help everyone, no matter what their circumstances, achieve greater financial wellbeing. We’ve always helped our users to improve their credit report and score but we wanted to go further. The reality for millions of people is that they are locked out of mainstream credit products, either because they don’t have any credit history or have made some mistakes in the past.”

For LOQBOX members who were able to complete a 6 month period, their credit scores improved by an average of about 34 points. Members then reportedly go on to do a lot better than their peers when accessing conventional credit services and are then rewarded by saving money which helps improve their financial wellbeing.

“We wanted to work with ClearScore to provide a way that a person could simply and easily, without traditional borrowing, actually prove in a relatively short period of time that they were credit worthy and build a better future. We are proud to partner with ClearScore on Build and look forward to helping thousands more people to become financially included.”