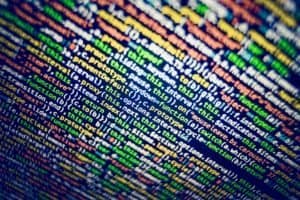 Mendix, a low-code app development platform, reveals that it has partnered with CLEVR.

CLEVR employs the world’s largest team of Mendix experts, according to a release shared with CI.

The company is on a mission to use low-code and no-code tools “to raise the bar on software development.” The firm aims to bring “a unique business model to the world’s enterprises, Software with a Service (SWAS).”

CLEVR notes that it helps enterprises accelerate their digital transitions by leveraging the power of low-code and no-code development solutions. The company also confirms that it has begun its expansion of the CLEVR brand and its unique business model.

When Mansystems and Flowfabric, two Mendix partners, merged to establish a business entity focused on services and software development, they had named the combined company CLEVR, the announcement confirmed.

CLEVR currently uses a hybrid business model, equal parts solution and services, which is known  as Software with a Service (SWAS). The model is designed to assist people around the world involved in digitalizing enterprises: CIOs and enterprise architects, product owners, medium-sized-business owners and IT service providers.

Angelique Schouten, who took over as CLEVR CEO in March, stated:

As noted in the release, CLEVR provides professional services to businesses focused on financial services, energy, government and manufacturing – “to create dynamic and useful applications that advance at a high velocity their own or their customers’ digitalization efforts.”

CLEVR helped the City of Rotterdam “build greater functionality around a video-call application that enabled residents to communicate with their local government digitally during the pandemic.”

With CLEVR’s assistance, the service “featured a document exchange, payment services and tools that allowed citizens to transact business, such as register births and marriages, by enabling them to identify themselves through DigiD, the Dutch government’s digital ID system.”