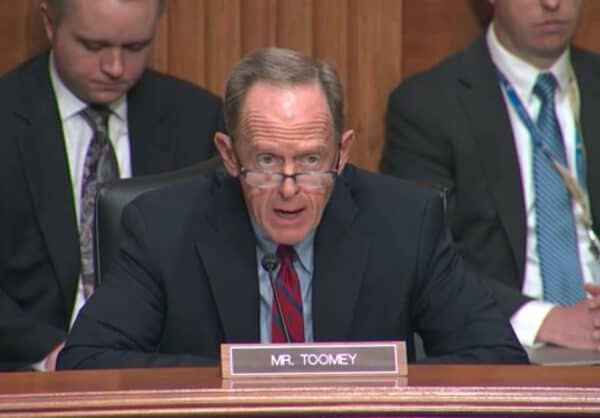 Senator Patrick Toomey, the ranking Republican on the Senate Banking Committee, has issued a statement calling proposals for a new cryptocurrency tax to be included in the infrastructure bill as “unworkable.”

“Congress should not rush forward with this hastily-designed tax reporting regime for cryptocurrency, especially without a full understanding of the consequences. By including an overly broad definition of broker, the current provision sweeps in non-financial intermediaries like miners, network validators, and other service providers. Moreover, these individuals never take control of a consumer’s assets and don’t even have the personal-identifying information needed to file a 1099 with the IRS. Simply put, the text is unworkable. I plan to offer an amendment to fix it.”

Proposed language in the 2700 page infrastructure legislation broadens reporting requirements for just about any crypto transaction. The legislation has caused concern from industry participants, including a letter addressed to Congress orchestrated by the Blockchain Association.

When the White House initially made the announcement that an infrastructure deal was in the works, a statement was included that indicated an intent to offset the substantial cost by various fees including “strengthening tax enforcement when it comes to cryptocurrencies.” As the Senate is evenly split between Republicans and Democrats, Senator Toomey’s decision to fight the current language on crypto should see the language removed or at a minimum dramatically altered.