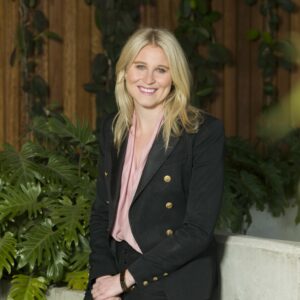 FinTech Australia, the leading association advocating on behalf of innovation in financial services in Australia, is looking for a new Chief Executive Officer. The hunt for new leadership was predicated by the decision of former CEO Rebecca Schot-Guppy to exit the group to take a new position at IAG’s Firemark Ventures, the VC fund of Australia’s largest general insurer.

Schot-Guppy is expected to remain at FinTech Australia until commencing her new role at IAG in November.

“It’s been an absolute privilege and pleasure to lead FinTech Australia these past few years,” commented Schot-Guppy. “Fintech has grown from being considered a niche part of the startup ecosystem to an industry in its own right. So much work behind the scenes has gone into stewarding that growth and ensuring that the policy and profile supporting it trends in the right direction. I look forward to taking the knowledge and connections I’ve gained into the corporate venture capital world. This wouldn’t be possible without the team supporting my work and the contributions of our members, to whom I am incredibly grateful.  It’s an incredibly exciting time for the industry. The next CEO will be championing what I believe will be a golden era for Australian Fintech.”

“Thanks to her work, FinTech Australia is the strongest it has ever been. In addition to positioning FinTech Australia at the centre of the policy debate in our industry, we’ve also seen a steady increase in members and triple the number of corporate partners during her tenure. We’re well-positioned for future growth. I want to thank Rebecca for her tireless efforts in growing the ecosystem and championing it. She will be missed.”

In an emailed letter, Schot-Guppy thanked staff along with Joyce, Deputy Chair Alan Tsen, the FinTech Australia board, as well as its members.

“Their guidance has been invaluable. Our organisation is in very capable hands under their robust stewardship.”

She added that the industry has gone from strength to strength and FinTech Australia has grown alongside it and is poised for future growth.