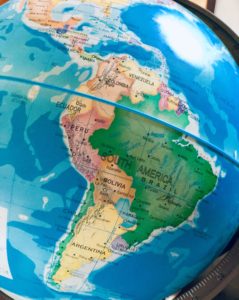 July proved to be a turbulent month for cryptocurrencies in Latin America, the authors of a research note from Blockchain Intelligence Group discovered.

While Mexico at one point looked poised to regulate crypto, they instead went in the opposite direction by banning its use by financial institutions. Finance Minister Arturo Herrera stated cryptocurrencies are not legal tender and are not treated as currencies under the country’s existing legal framework. He added nothing will likely change near-term. Several agencies issued a joint statement saying cryptocurrencies are neither legal tender or currencies and cautioned against their use.

Three years ago Mexico looked to be a leader by proposing legislation that would provide some regulatory guidance. It passed the lower house. Two months ago Senator Eduardo Murat Hinojosa announced plans to present a proposal to lawmakers aimed at promoting cryptocurrency adoption in the country, but any momentum was scotched when Herrera issued his statements.

There is still leadership being shown from the private sector. Billionaire Ricardo Salinas Pliego, whose holdings include firms in media, financial services, and retail, has endorsed Bitcoin and said his bank is on the verge of accepting it.

Brazil has not enacted any legislation, but its existing legal and regulatory systems do provide some direction. In 2014 the government stated it did not see cryptocurrency as legitimate currency but did assess a 15 per cent capital gains tax upon its sale of more than $16,000 of the stuff. That allowed small consumer purchases to remain exempt from any capital gains tax.

Two years ago Brazilian tax authorities said any transaction beyond $7,600 must be reported to the authorities. Omissions could result in an R$1,000 fine and a garnishing of up to three per cent of total transaction value. Last May the Administrative Council for Economic Defense (CADE), voted to extend its investigation into banks that allegedly denied financial services to crypto brokers in violation of the Brazilian competition law. That could eventually force banks to pay sanctions and provide financial services to crypto exchanges.

In August 2020, Senator Soraya Thronicke, a Social Liberal Party member from Brazil, developed guidelines for digital asset businesses, custodians and issuers, as well as consumer protection, crypto taxation, criminal enforcement and industry oversight in Brazil. That was followed weeks later by Economy Minister Paulo Guedes saying the country was “on the verge of” joining the OECD and conducting conduct an IPO for the recently founded digital bank Caixa Econômica Federa.

That same summer the Brazilian Central Bank (BCB), requested more time to implement its CBDC, saying its assessment suggested the right conditions for CBDC adoption could be realized within three years. At around the same time the director-nominee of the Brazilian Securities Commission (CVM), Fonseca Lobo, said during a Senate hearing crypto-activities deserve special attention and the CVM approved the trading of ETFs, index funds and crypto-asset securities in Brazil.

Despite the promise of regulation and the popularity of crypto in the country, the industry has little governmental guidance.

In Argentina, authorities stated the country currently does not have a high level of crypto-asset usage, but this is disputed by industry watchers like CoinDesk. This gulf is likely due to the government’s cautious approach.

In July of 2019 the municipality of Marcos Paz in Buenos Aires province launched the Koibanx-developed ActivΦs mmp app, a platform enabling, among other things, the use of digital assets. In 2020 governors, provinces, cities and even counties were studying its implementation. That same May the Financial Information Unit (UIF) released the results of an investigation into cryptocurrency holders and directed some individuals and entities to report any suspicious transaction as a means of tracking potential money laundering and terrorist activities.

Late in 2020 the country’s youngest deputy was reportedly preparing legislation governing the introduction of a national cryptocurrency framework, whose purpose was to encourage widespread adoption of crypto infrastructure and the efficiencies that infrastructure can bring, even to the point of replacing or simplifying existing infrastructure.

In July 2021, a member of the Argentine National Congress’s lower house introduced legislation that would allow certain workers to receive part or all of their salary in cryptocurrency. José Luis Ramón tweeted his proposed crypto bill would apply to anyone who works as an exporter of services, or who is self-employed.

The note states Argentina’s economy is ideal for cryptocurrency development, adding the timing is perfect for innovation on the level of cryptocurrency.