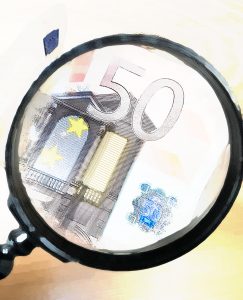 An analysis of European interest rates by Raisin DS shows what you earn depends on where you live.

The average rate in Germany hit a recent low of -0.04 per cent, according to the ECB. The Spanish see a meager 0.01 per cent but the French and Italians take in a comparatively robust 0.47 per cent.

Corporate rates show a similar spread. In Germany, it recently fell to -0.49 per cent. The French are at 0 and the Italians get 0.18 per cent on their short-term deposits.

Raisin’s analysis shows Germany, France, Austria, and Spain are seeing fewer options while those in the United Kingdom, Italy, and Scandinavian countries still enjoy a meaningful spread of interest rates, from above 0.8 points in Italy, to over 1 point in the UK, Sweden, and Norway. The highest one-year rates in the Germany-led group continue to fall. The spread in Spain is less than three-tenths of a point for fixed-term deposits while it is around half a point in Germany.

“Despite interest rates falling to all-time lows in many EU countries, both European consumers and banks face widely divergent opportunities from the savings market. Europeans continue to save more than ever and companies have increased their liquidity position,” Dr. Verena Thaler, Raisin DS VP of Strategy & Business Development said. “Yet, only some have access to competitive interest rates within their own markets while others are penalized with negative interest (especially SMEs and business clients). Likewise, the cost of retail deposit funding varies broadly for European banks depending on the country.”

The dramatic differences between these two Europes signify funding possibilities for banks in the competitive markets. Offering deposits in the less competitive markets can mean not just diversifying but also raising liquidity more cost-effectively than in their own markets.

Customers at the biggest three banks in Germany, the Netherlands, and Spain respectively, currently have no interest-bearing fixed-term deposit options in the popular one-year term.

Under 0.05 per cent: The largest banks in Austria and Poland, Sweden, France, Ireland, and Portugal, feature one-year fixed-term options averaging at or under this rate.

Around 0.1 per cent: Consumers with the big banks in Belgium, Italy, the UK have choices at or over 0.1 per cent.

Almost 0.5 per cent: Norwegians banking at the three largest banks can find one-year deposit products with interest rates at nearly half a per cent.

Top rates over one per cent: Consumers in Norway, Sweden, and the UK can select the best available one-year deposit products – offers from smaller banks – for rates above one per cent. Rates for Polish and Italian consumers approach one per cent.

European households saw a 10 per cent net inflow increase between May and June. With savings volumes still high, depositor’s best bets are moving away from the biggest banks. The United Kingdom was the only economy whose top rates for fixed-term deposits ticked noticeably upward. Moved funds to those less competitive markets and savers can see, for example, rates of 0.425 per cent on three-year terms in Spain.

In June, ECB data showed the average consumer interest rate in the Eurozone fell to 0.14 per cent. Only four European Economic Area countries (Belgium, Finland, Ireland and Luxembourg) and the UK have higher average interest than they were one year ago while Spain’s remained at 0.01 per cent.

Germany, Denmark, and Ireland are the worst markets for business, with negative average corporate rates between -0.45 per cent and -0.49 per cent. The Benelux countries, Austria and several Eastern European markets are almost as bad with average interest rates ranging between -0.26 and -0.37 per cent. Spain rose into positive territory at 0.2 per cent, while Italy sunk three-tenths to 0.18 per cent.

“One crucial step to remedying this inequality of opportunity is to strengthen the European Banking Union, a move the European Central Bank (ECB) continues to push for,” Thaler said. “As ECB VP Luis de Guindos pointed out in his March 2021 speech on the subject, the Banking Union will bring greater stability to European banks, and thus also consumers. Increased stability means both consumers and banks can more securely pursue opportunities not just in their own markets but anywhere within Europe – including competitive savings offers and competitive liquidity sources. Particularly essential to this Europe-wide security and thus increased opportunity, as de Guindos explained, is the establishment of a single, harmoniszd European Deposit Insurance Scheme (EDIS).”

“Research by the European Commission earlier this year found support across the Eurozone for the Euro to be at 80 per cent. This is an especially strong sign of support for the single market and our currency union that creates benefits and opportunities for all. Now Europe needs its Banking Union so everyone, consumers, companies and banks, can have the same access to the best that European markets have to offer.”