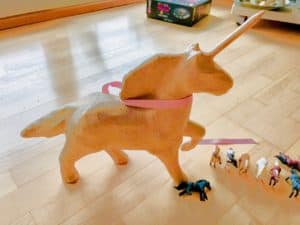 Xendit, a payments infrastructure provider serving Southeast Asia, this week announced a $150 million Series C that added it to the list of Southeast Asia unicorns. The round was led by Tiger Global Management with participation from existing investors Accel, Amasia, and Justin Kan’s Goat Capital.

The platform plans to grow their product suite and expand into select countries across Southeast Asia, where 70 per cent of the region’s 580 million people now online. In 2021, that area’s digital economy will exceed US$100 billion and is projected to triple to more than US$300 billion by 2025.

“We’re seeing an incredible shift to digital first. Whether the business is a small Instagram shop or Southeast Asia’s largest enterprises, it’s now clear that businesses need to have a digital presence,” said Moses Lo, co-founder and CEO of Xendit. “Xendit’s digital payments infrastructure enables the region’s new class of entrepreneurs to start and scale their payments faster, and supercharges larger companies with modern, world-class financial services. What AWS has done for Compute, Xendit is doing for payments.”

By building hyper-localized products in a region with more than 23,000 islands and a broad diversity of customer needs, Xendit has been able to build first-in-market products, provide strong customer service, and quickly adapting to a dynamic region.

“At Xendit we’ve seen more than 200 per cent year-over-year increase in total payments volume across Indonesia and the Philippines, continuing our track record of more than 10 per cent month-over-month growth since our inception,” said Tessa Wijaya, co-founder and COO, Xendit. “Our new status as a unicorn will help strengthen the mission we initially set out to achieve – to provide reliable and secure financial infrastructure to millions of businesses across Southeast Asia, allowing them to grow and thrive in the burgeoning digital economy.”

Xendit is providing a solution to Southeast Asia’s specific reliability and infrastructure hurdles by expanding access to technologies that create an equal playing field. Following their success in Indonesia, Xendit entered the Philippines and within a year became a significant presence there.

“Xendit’s digital payments infrastructure, built specifically for Southeast Asia, is quickly becoming the standard for financial operations in the region,” said Tiger Global Management partner Alex Cook. “By providing a reliable and secure payment gateway, Xendit has created an on-ramp to the digital economy for businesses across the region. We are excited to partner with Xendit as they continue to scale.”

In March Xendit announced a Series B led by Accel. Xendit has now raised $238 million since 2015. It was the first Indonesian tech startup to pass through the acclaimed incubator YCombinator and is the top Southeast Asian company on the YC Top 100 list.

“Xendit is at the forefront of digital transformation in Southeast Asia, providing businesses of all sizes with much needed and essential digital payments infrastructure,” said Ryan Sweeney, partner at Accel. “With this fresh round of funding and a milestone valuation, Xendit has earned the credibility needed for long term success and is inspiring the next generation of unicorns in Southeast Asia.We believe Xendit will thrive in the region.”