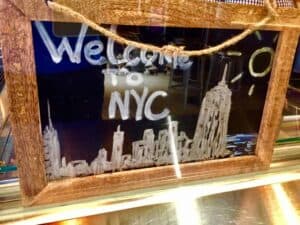 New York Community Bank served as the financial intermediary between buyers and sellers of FTI digital shares by facilitating the payment process through the minting of a new digital marker, USDForward (USDF), the first to be used by a bank on the Provenance Blockchain. The initial set of transactions by New York Community Banks validates the functionality of the its digital marker payment platform as an important Provenance Blockchain decentralized finance tool, supporting the its plans to move forward with additional digital marker transactions and Figure’s plans for expanding the DeFi ecosystem.

“I am extremely pleased with our inaugural transaction with Figure Technologies,” New York Community Bancorp chairman, president and CEO Thomas R. Cangemi said. “The bank’s digital marker program, coupled with Figure’s secondary trading platform, is a giant step forward in our recently announced partnership and a very positive beginning for what we expect our collaboration with Figure will produce in the future. The successful completion of our initial use case transactions represents an important milestone for NYCB as we implement our digital strategy.”

The Figure secondary trades using New York Community Bank’s digital marker represented the first transactions on the Figure ATS, which enables trading without the need for traditional intermediaries, and where settlement occurs in real-time vs. T+2 or longer on traditional exchanges. Secondary trading on the Figure ATS and the use of New York Community Bank’s digital marker involves onboarding all counterparties through its enhanced AML/KYC compliance process, with the bank programmatically creating the USDF digital marker for use by its customers. In the initial use case, the USDF digital marker references fiat currency to facilitate real-time, bilateral settlement of trades and other transactions on the Provenance Blockchain. All of the trading conducted on the Figure ATS is done in compliance with applicable SEC rules and regulations.

“This is the first of a series of groundbreaking transactions we plan on doing with New York Community Bank,” said Mike Cagney, CEO of Figure. “New York Community Bank’s digital marker and Figure ATS together demonstrate the remarkable possibilities for private company stock trading and settlement in real-time without counterparty or settlement risk, and is a harbinger of the significant disruption blockchain is bringing to global exchanges, including public equity markets.”

Looking ahead, the bank plans to participate, including as a consultant, in the development of the USDF Consortium, a syndicate of banks being organized in accordance with anti-trust law, by JAM FINTOP and the Provenance Blockchain Foundation, that will operate under a common set of compliance standards to engage customers and mint USDF digital markers for use in a broad variety of DeFi transactions. New York Community Bank is working with the consortium organizers to ensure its compliance standards satisfy applicable regulatory requirements.