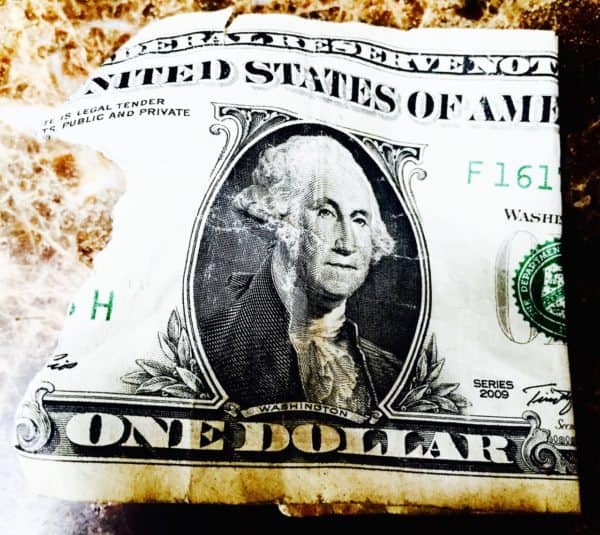 We recently connected with Nick Agar, Founder of AXIA, the organization that is focused on creating a digital ecosystem around the world’s “first” hyper-deflationary virtual currency, called AXIA Coin (AXC).

The digital currency‘s developers note that AXIA presents a “unique” economic system, with its breakthrough “deflationary mechanism.” The AXC coin supply is “constantly” decreasing with all fee transactions “automatically burned, while the pool of supporting assets in the AXIA Reserve can increase simultaneously.”

This way, the virtual currency has “ever-decreasing cap making the coin more valuable over time,” its developers explained.

The AXIA Ecosystem reportedly includes a network of apps and platforms, like AXIA Capital Bank, AXclusive (NFT Marketplace), AXIA Tel (Telecom company), AXplorer (browser) and more, that “make AXC transactable across any and all mediums of exchange.”

Nick told CI that he has been focused on hyper-deflationary digital currency, the changing financial landscape and its migration to a digital ecosystem.

Nick has more than 15 years of professional experience in financial markets. He has specific expertise in the areas of research and development (R&D) of trading models; as well as the analysis, examination, refinement of different systems and trading strategies.

Our conversation with Nick Agar is shared below.

Crowdfund Insider: Please tell us about AXIA and what you are working on.

Nick Agar: AXIA is the world’s first hyper-deflationary asset supported digital currency that can be used globally today. It is a non-profit and the project ethos is to create a more fair and equitable financial ecosystem for people all around the world.

There are many unique elements to the project that give AXIA advantages over others across several industries. Firstly, the native currency, AXIA Coin, is hyper-deflationary. AXIA has a limited supply that will only decrease over time. All fees generated throughout the entire ecosystem are burned rather than retained for profit, so you have a system where AXIA Coin becomes more and more rare and scarce over time, while the asset support in the AXIA Reserve can go up simultaneously.

The economics are truly one of a kind with the constant value that can be created for users (and by users) simply from participating in the project. This system is then favorable for coin holders and juxtaposes fiat currency systems where there is a loss of purchasing power with our money as the cost of living and goods increases due to inflation whereas wage increases have remained stagnant pushing many further and further behind.

With AXIA, there is also an expanding all-encompassing ecosystem that includes an encrypted mobile phone and telecom platform (AXIA Tel), a fully-licensed digital bank (AXIA Capital Bank [ licensed and regulated Bank by the Financial Services Unit of the Commonwealth of Dominica], a privacy-focused browser that lets users earn AXC for use (AXplorer) and an entire suite of apps for everything from email to file sharing and storage—all of which are completely free to use.

Soon, we will also be releasing a fully decentralized exchange, an NFT Platform and a proprietary blockchain.

Crowdfund Insider: With AXIA’s focus on hyper-deflation and providing an expanding ecosystem, how does your company innovate and differ from other similar platforms?

Nick Agar: Many projects in the market today offer one or two products that may have limited utility or use cases for their users, but they haven’t created an entire ecosystem and structure that people can join to build towards a better, more prosperous future for themselves and those around them. AXIA is pioneering the participatory economy by creating a positive feedback loop where any activity one person engages in has a positive impact on everyone in the community.

This is the power of decentralization in AXIA. For example, if I conduct a transaction that generates a fee, all of those fees are burned which creates more scarcity of AXIA Coin and adds value to all others in the system which is then distributed to all AXIA community members. And so on.

This goes well beyond simple supply and demand economics that we may see with other instruments both inside and outside crypto. Now my actions can serve to benefit holders and every person who is part of AXIA, no matter where they are in the world—even if I have no personal connection whatsoever. And, in turn, their actions can benefit me.

Beyond the tokenomics, AXIA is offering users a decentralized ecosystem of products and platforms that all offer unique advantages over competing platforms. Whether it’s lower or no fees, less friction to the products themselves, security and data protection—every product that is being brought to market has gone through a rigorous evaluation in terms of ensuring innovation is front and center, and that the platforms will greatly benefit potential users across the globe.

Crowdfund Insider: On your site, you mentioned AXIA Coin is utilizing blockchain technology to evolve beyond traditional currency, producing greater scarcity, while also distributing value back to the individual. Please elaborate.

Nick Agar: I have a background in tech and finance and I’ve spent a great deal of my career considering contemporary financial systems and what their flaws are. The advent of blockchain technology revolutionized what we can and should do to create a more advantageous financial system for everybody.

When I started to research blockchain and understand how it could change peoples’ lives for the better, I decided I wanted to be part of the solution. That was the genesis point for AXIA.

AXIA is accomplishing these goals on a number of different fronts. It is evolving beyond traditional currency with its superior economics and the idea that it can be completely borderless. Hyper-deflation is on the opposite end of the spectrum as inflation, which is a good thing for average, everyday people.

Participation creates fee burning while the total supply never increases – it can only decrease; this ongoing scarcity and rarity is highly advantageous for all AXIA holders as this is designed to bring about more value and more value—all through decentralized activity.

There are many different touch points across the project that ensure value is distributed back to the individual, too. A few examples: AXIA Capital Bank members receive 12% annual compound interest on all their AXIA Coin holdings; AXplorer users can earn AXIA Coin daily when they surf the web—these systems create that positive feedback loop where participation creates value for others, and it’s all enhanced by the unique hyper-deflationary tokenomics.

Crowdfund Insider: Describe AXplorer – AXIA’s privacy-focused secure browser which affords users complete ownership of their data, and allows its users to get paid in AXC for their everyday online activities and data sharing.

Nick Agar: AXplorer is both a privacy-focused and rewards-based browser that allows users to protect their data like never before while earning financial rewards just for using the web the same way they already are everyday. AXIA is not about changing peoples’ habits, but rewarding them for their participation in the ecosystem in a way that has not been done before in society.

Enhanced privacy settings allow users to avoid unwanted fingerprinting and the selling of their data to third-parties like advertisers, etc. Currently, users can earn AXIA Coin for simple tasks like setting AXplorer as their default browser and surfing the web; AXIA will be building on this quite a bit in the near future with added features that will allow users to earn additional rewards for things like opting-in to data sharing, filling out quizzes and surveys, and more.

AXplorer offers a more advantageous and rewarding online experience for users than anything else that is out there today and that value will only continue to grow in time.

Crowdfund Insider: Branding itself as transparent, safe and secure, how does AXIA balance its transparency while ensuring the necessary encryption and cybersecurity for its community and token-holders?

Nick Agar: The AXIA network dashboard tool provides transparency on the AXIA Project, from the numbers of users in our ecosystem to the different aspects of the overall tokenomics behind the project. AXIA will soon be releasing a real-time audit tool. The figures can be confirmed by trusted third-parties that will verify all of the economics of the project on the fly.

In terms of security, that’s something that is always completely top of mind. On the product side, AXIA is creating platforms that allow AXIA users to stay in complete control of their sensitive data, such as our encrypted mobile phone. On the tech side, there is an extremely talented and hard-working tech team located all around the world that is continuously working to ensure that all of the AXIA products are secure at all times for the entire user base.

Crowdfund Insider: What are some cryptocurrency or blockchain projects that are on your radar?

Nick Agar: Most of the cryptocurrency projects that are on our radar are there because we see things that can be improved upon greatly, and opportunity to seize those opportunities. Two examples of this would be Tether and USDC – these currencies are considered the gold standard for stablecoins but are clearly propped up on a house of cards that creates extreme risk for consumers. Those are examples of projects where we see tremendous opportunity for a more transparent and innovative competitor to rightfully claim significant market share.

In terms of other projects, we won’t name names other than to say that we’re always paying attention to innovation in the space and keeping a close eye on other projects and companies to stay informed with the crypto and fintech industries to better serve the AXIA community and its users.

Crowdfund Insider: What are your plans for the remainder of this year and 2022?

Nick Agar: How much time do you have? In all seriousness though, the whole team is unified in its goal of upending the traditional financial system and improving the lives of everyone in the AXIA community. That means constantly working to develop new products that benefit the participants in AXIA, and bringing those products to market.

This fall, the AXplorer browser was just launched and AXIA will also be launching an NFT Platform and DEX (decentralized exchange) as well as many more upcoming releases. All these applications and platforms will bring with them the unique tokenomics that come with being part of AXIA to offer a significant strategic advantage.

These are massive projects for AXIA that will only add more value to the entire ecosystem and, in turn, everyone that holds and uses AXIA. As with all of the other products, all the activity generated through these platforms will elicit more coins to be burned, adding velocity to the hyper-deflationary economics. On a fun note, we’re also launching a podcast this fall called Cryptoconomy where we’ll have some really fun guests on to talk crypto and, of course, AXIA.