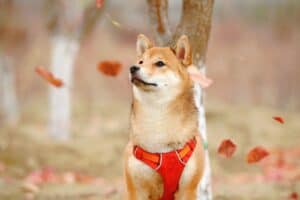 Shiba Inu (SHIB) is now available for trading on digital asset exchange OkCoin – with some of “the lowest fees around.”

OkCoin users are able to deposit, withdraw, and trade SHIB against USD via the exchange. All OkCoin clients including those in the US, except for residents of the EU, the UK, Singapore, and Brunei, are able to conduct transactions with the SHIB token.

As explained by the OKCoin team, the Shiba Inu coin was “created anonymously in August 2020 under the pseudonym ‘Ryoshi’.”

Shiba Inu aimed to be the Ethereum-powered counterpart to Dogecoin’s Srypt-based mining algorithm. It started off as a crypto token “inspired by Dogecoin but it’s evolved to become a lot more than that,” the OKCoin team notes while adding that it has a decentralized exchange called ShibaSwap, an NFT incubator called Shib Art, and additional tokens such as LEASH and BONE.

OKCoin reminds its users that, as always, they “recommend you do your own research before buying SHIB, but if you decide to buy, you can now find it on OkCoin with lower fees than most exchanges.”

Terra’s native token, LUNA, is also currently available to trade on OkCoin. Users may deposit, withdraw, and trade LUNA against USD via the cryptocurrency exchange.

All OkCoin clients including those in the US, except for residents of the EU, the UK, Singapore, and Brunei, can carry out transactions with LUNA tokens.

Launched in April 2019, Terra is “a blockchain protocol secured by a proof-of-stake consensus mechanism,” the OKCoin team explains while noting that Terra is special, as its focus is on stablecoins.

The company notes that stablecoins are cryptocurrencies “pegged to fiat currencies, such as, in this case, the U.S. dollar, the euro, South Korean won, and more.”

The idea is to “get the benefits of crypto such as offering borderless, cheap, near-instant transactions, with the price stability of traditional currencies,” OKCoin adds while pointing out that Terra has “a clever way to make that work, using a self-stabilizing architecture based on two token types.”

The Terra protocol runs on two types of assets:

This design “allows Luna holders to play a key role” in the protocol:

As noted by OKCoin, the role of Luna in the protocol explains why it has “attracted the attention of big players in the Asian tech scene early on: Terra has been developed with the support of the Terra Alliance, a group of 15 big Asian e-commerce companies – with 45 million users and $25 billion transaction volume per year.”