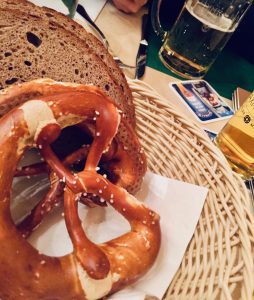 Paysafe (NYSE:PSFE), a specialized payments platform, announced that it has completed its acquisition of German Fintech firm, viafintech, in an all-cash deal.

viafintech, known under the brands of Barzahlen/viacash and viacash, provides bank-independent, payments infrastructure in the DACH region, “allowing a popular alternative to the traditional banking structure.”

The announcement also mentioned that for Paysafe, this acquisition enhances its growth opportunities in Germany, an important market for its global merchants, and it also “creates revenue-generating opportunities to cross-sell viafintech’s alternative banking and payments solutions to its merchants around the world.”

Paysafe’s main purpose is to “enable businesses and consumers to connect and transact seamlessly through industry-leading capabilities in payment processing, digital wallets, eCash, and open banking solutions,” according to a release. It provides more than 70 payment types in over 40 currencies across the globe.

viafintech was established in 2011 and integrates with virtual banking apps to provide a “mobile ATM” concept which “enables consumers to make deposits or withdraw cash from their digital bank accounts at a nearby retail store using a barcode; something that is becoming increasingly popular in the region as bricks and mortar bank branches close and fast-growing challenger banks and digital wallets disrupt the market.”

As noted in the release, viafintech solutions are also “used widely for bill payments and credit payouts, as well as for online shopping in general, supporting millions of consumers in the region who don’t have bank accounts, or who simply prefer the heightened security of using eCash to pay online.”

With head offices in Germany, viafintech also maintains a presence in five other European nations with plans to expand further. It operates “via a network of 20,000 points of sale with over 20 well-known retail partners, and also has deep relationships in the banking, bill payments and eCommerce industries.”

The update also mentioned that the “combination of viafintech’s established banking framework and market leadership in Germany and elsewhere in Europe, together with Paysafe’s diverse payments portfolio and international merchant base, is expected to create compelling growth opportunities for each organisation, both within Europe and beyond.”

As part of the deal, the viafintech team, including viafintech’s managing directors, Sebastian Seifert, Achim Bönsch and Andreas Veller, will “become part of Paysafe’s expanding eCash and open banking solutions’ team which is headed up by Paysafe eCash CEO, Udo Müller,” the announcement confirmed.

This acquisition “builds on Paysafe’s recent Latin American acquisition agreements with PagoEfectivo and SafetyPay and allows Paysafe to solidify its position as a global market leader for eCash and open banking solutions where multiple payments players are competing to gain a stronger foothold in the emerging open banking ecosystem and the provision of alternative payment methods (APMs).”

On completion of the three acquisitions, the Paysafe eCash business will be “able to offer eCash and open banking solutions in over 60 countries with over one million distribution points,” the announcement noted.

After the sale of their shares to Paysafe, viafintech’s majority shareholder – Glory Ltd., a leader in cash tech solutions – will “enter into a new strategic partnership with Paysafe,” the update revealed.

The two firms have “signed a referral agreement that enables Glory to offer paysafecard, one of Paysafe’s leading eCash solutions, as a form of payment within its in-store payments kiosks, and, in turn, for Paysafe to offer Glory’s cash technology solutions to its merchants around the world,” the update noted.

GRENKE BANK AG, which has been offering viafintech’s German bank license and regulatory framework since 2017, as well as being a shareholder of the firm, will “continue to provide the same banking service going forward,” the update confirmed.

“This is a very exciting acquisition for Paysafe. By combining viafintech’s leading payment solutions with our own eCash and alternative payment portfolio, we are very well positioned as an essential payments partner to challenger banks around the world. This comes at a crucial point in time as we experience a consumer shift away from the legacy banking system and more and more challenger banks are entering the market and offering mobile-based solutions for banking and payments.”

“Becoming part of the Paysafe Group will help us to build on our business achievements to date and accelerate our future growth as Europe’s number one, non-banking, cash-in/cash-out infrastructure. We are excited to be starting this next chapter and doubling our efforts to strengthen financial inclusion and shift away from legacy banking.”

The transaction has been completed after it was first announced in August of this year.