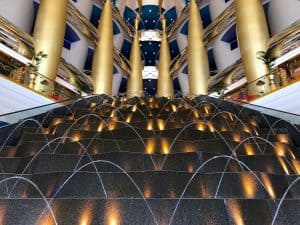 Dubai-based Open Banking firm Tarabut Gateway recently secured $12 million in capital via a pre-Series A round.

The proceeds from the round will be directed towards expanding the company’s tech and leadership teams.

The recent capital injection takes Tarabut Gateway’s total funds raised to $25 million. Just this past year, the company acquired $13 million as part of the largest seed funding rounds in the MENA region.

Launched in 2019 in Bahrain, the startup eventually moved its HQ to the UAE, with offices in Dubai and Abu Dhabi. It also has an office in the UK.

“The MENA region is a complex web of countries and regulations. This makes it a challenging area to serve with any single overarching financial product whilst remaining compliant in a highly developed landscape with many differing markets. I’m glad to say this round is living proof that Tarabut Gateway is successfully pioneering in developing a cutting-edge solution for banks and fintechs in the region.”

Tarabut’s Open Banking platform, which is based on a public-facing API, offers a range of services like third party onboarding, regulatory reporting as well as consent management.

Recently, the firm also introduced TG Pay, which is an Open Banking-API powered instant payments service that the firm said has now been introduced at various regional banks.

Other firms in the fast-growing Open Banking sector in the MENA region include Lean from Saudi Arabia, and Dapi in the United Arab Emirates.