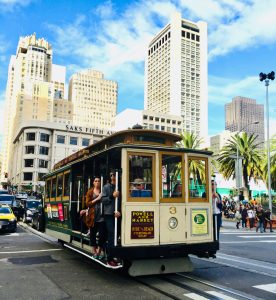 For years the state of California has attempted to create an intrastate crowdfunding exemption and a bill that supports access to capital was finally signed into law last month.

Assembly Bill 511 (AB 511) was signed into law by Governor Gavin Newsome in early October and it goes into effect on January 1, 2022.

According to an article written by Mark Hiraide, an attorney who is the creator of the legislation and a Board Member of Small Business California, the law aims to support smaller firms in need of seed capital by streamlining the process of raising up to $300,000. Hiraide explains that AB 511 improves upon some of the more cumbersome aspects of Reg CF, the federal exemption that enables online capital formation for issuers of up to $5 million. The bill allows issuers to raise up to $300,000 without a financial review by an accountant while enabling a later $1 million raise without the cost of an audit. Financial reviews and audits, as well as legal costs, can be some of the most expensive aspects of utilizing Reg CF.

While some other states have enacted intrastate exemptions there have been few issuers taking advantage of these state laws. California may be a little different due to the size of the economy, the population, and the key innovation hubs like the Bay Area and Los Angeles. In 2019, California’s economy generated about $3.2 trillion in GDP. If you looked at California and compared it to other countries around the world it would rank just after Germany and before India and the UK. California typically leads the Reg CF with the number of state filings on a monthly basis.

One item that may impact AB 511 is the fact that today some seed rounds are measured in the millions of dollars and not the hundreds of thousand of dollars.

It will be interesting to see how the California law works in 2022.