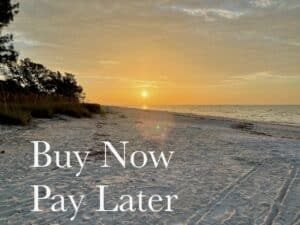 As mentioned in the announcement, clients may use Afterpay during their holiday travel via a partnership with airport and resort-casino specialty retailer Marshall Retail Group, including its InMotion locations.

The update also noted that by offering Afterpay in-store, retailers “provide customers with the convenience of paying for their purchases over time in four interest-free installments, with the added benefit of being able to take home their items right away.”

As stated in a release, this is especially important this holiday season, “as more consumers are planning to get their shopping done early.”

The announcement pointed out that Afterpay research reveals that more than 25% of consumers are planning to “make their holiday purchases primarily in-store, and nearly half are shopping early to ensure availability of the gifts they want to purchase.”

“The current economic climate and supply chain issues have impacted the way consumers are shopping this holiday season, proving an even greater need for flexible shopping and payment options. By bringing our in-store capabilities to top new brands, and mixing innovation into the shopping experience, we’re helping provide consumers with greater freedom and convenience for their holiday shopping in a way that’s both fun and engaging.”

In a move to assist retailers and consumers this holiday season, Afterpay is teaming up with Westfield centers to offer shoppers with an AR-activated scavenger hunt experience.

As noted in the announcement, the experience “leverages Westfield’s high-impact digital network, and will feature QR codes throughout participating Westfield centers in the US, prompting shoppers to scan and help find Afterpay’s Hidden Helpers in AR.”

Upon scanning, shoppers will be “taken on a whimsical holiday adventure to uncover five Hidden Helpers throughout the center, which will unlock special deals and promotions at Afterpay retailers,” the update explained.

Nearly 6 million clients have added the Afterpay Card to their wallets to shop in person, “showing the increasing value of the in-store solution3.” The announcement also mentioned that the “growth of Afterpay’s retail program mirrors the recent findings from Accenture, which show that spending on BNPL in the U.S. has increased rapidly in the last year – up 230% since the start of 2020.”

With that increase, Afterpay has “become consumers’ preferred BNPL provider for fashion and beauty purchases, and has helped them save up to $459 million in fees by not using credit cards,” the update revealed.