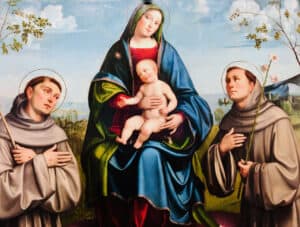 As mentioned in an update shared with Crowdfund Insider:

“Ownership of fine art has long been in the exclusive domain of the ultra-wealthy, requiring vast amounts of capital, deep art market industry knowledge and access. With today’s announcement, Yieldstreet plans to launch a series of diversified art funds over the coming months that will enable retail investors the opportunity to own a fractionalized interest in a portfolio of prominent artworks.”

The announcement further noted that Art Equity Fund launched on November 12, 2021 and will aim to offer investors an opportunity to make investments in a diversified pool of blue-chip and mid-career Post War & Contemporary artworks, “including pieces by George Condo, Keith Haring, and Kenny Scharf.”

Future fund offerings are “expected to partner with prominent experts across the art market and include a range of focuses, periods, genres and artists at various stages of their careers,” according to a release. The update also noted that investment decisions will “utilize third-party appraisals and expertise, supplemented with analysis from a proprietary database managed by Athena Art Finance, a subsidiary of Yieldstreet.”

“Investing in valuable artwork has been a mere dream for most retail investors, who love and recognize both its intrinsic and extrinsic value. This is a big moment for them and for Yieldstreet. This platform throws the doors wide open to the world of high-end art ownership while also marking Yieldstreet’s foray into art equity investments.”

Passion investing, particularly in non-physical art and NFTs, has seen a significant rise during the past couple years as digital marketplaces “enable millions of retail investors the opportunity to invest in assets they love.”

But retail investment in physical art has “not experienced the same growth due to the significant barriers inherent to the art market,” the update revealed. True to Yieldstreet’s mission, the platform will “help reduce such barriers and help democratize access to fine art,” the company confirmed.

In addition to offering access to high-end art investing, Yieldstreet intends to “create unique ways for investors to experience the artworks owned in each fund.” Such experiential events may include private galleries “displaying the fund’s artworks, along with insight into the artworks’ significance from art experts,” the announcement noted.

To date, Yieldstreet x Athena have “funded and offered over $250M worth of debt investments backed by fine art on the Yieldstreet platform, backed by artworks created by artists such as Jean-Michel Basquiat, Francis Bacon, Mark Rothko, Andy Warhol, Kerry James Marshall, Mark Bradford and KAWS, among others,” the update revealed.