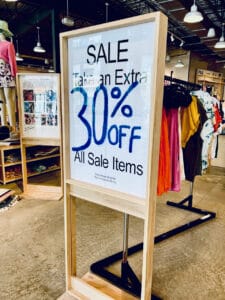 This critical update brings with it several important enhancements to the overall flexibility, security, and efficiency of BTC transfers. And as Bitcoin’s first protocol upgrade in more than 4 years, it’s a very significant milestone in the development of the permissionless network.

Blockchain analysis firm Chainalysis has published an outline of the Taproot upgrade, what it aims to change, and how it will be affecting the BTC network as we move forward.

The Taproot update is an umbrella term that refers to 3 interconnected Bitcoin Improvement Proposals (BIPs) set to activate simultaneously:

BIP 340, or Schnorr. This proposal introduces Schnorr signatures, which are a digital signature scheme that is “faster, more secure, and less data-intensive than the cryptographic method currently in use (Elliptic Curve Digital Signature Algorithm, or ECDSA).”

On June 12, 2021, these upgrade proposals had managed to achieve a 90% consensus among miners, “thus locking in their November activation as a soft fork to Bitcoin’s protocol,” Chainalysis noted in a blog post. As a soft fork, the Taproot upgrade is “backwards compatible with older versions of bitcoin and does not create a separate, parallel blockchain, as was the case with Bitcoin and Bitcoin Cash,” the blockchain firm explained.

Adoption of taproot is “expected to grow slowly over a period of years, just as it did with SegWit, the last major Bitcoin upgrade,” the Chainalysis team added.

They also mentioned that 2 years after SegWit’s activation, approximately 50% of transactions used it; today, four years after, that proportion has notably reached 80%. The primary reason for this relatively slow rate of adoption is that crypto wallets and service providers “choose to opt-in on their own schedule.”

The Taproot upgrade should enhance Bitcoin in several ways, including:

As noted by Chainalysis, the Taproot upgrade is “a massive improvement to the Bitcoin protocol.” Lightning network improvements and “expanded smart contract capabilities will improve bitcoin’s utility; meanwhile, lower transaction fees and increased network speed will improve its scalability.”