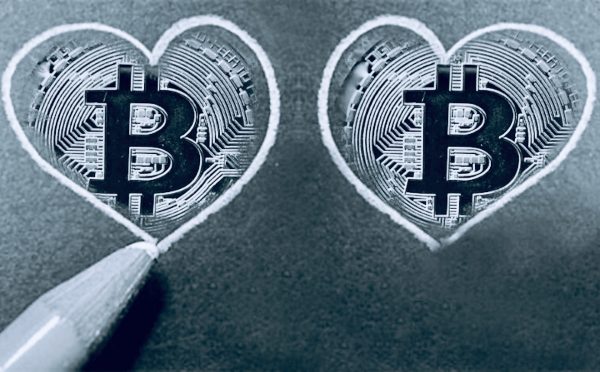 Bitcoin panic-sellers are “practically giving away” their cryptocurrencies to wealthy buyers who will use the digital assets as an inflation shield, deVere Group CEO Nigel Green believes. The observation comes as Bitcoin and other leading cryptocurrencies steadied slightly ahead of the U.S. Federal Reserve’s meeting on Wednesday.

Digital currencies fell in price sharply earlier this month before regaining some ground. Green said that recent sell-off was triggered by a wider risk-off sentiment that also impacted other areas.

“It occurred as inflation is running hot and, therefore, encouraging central banks to tighten monetary policies, putting at risk the liquidity that has benefitted a many asset classes, including Bitcoin,” Green said. “Wealthy crypto investors always buy in the dips. This is because they know that digital, global, borderless, decentralized money is, clearly, the future.”

Green said Bitcoin is the rare product which has doubled in value over 2021. But it brought volatility, turbulence which rich investors capitalized on.

“Could this explain why so many of them send out ‘warning shots’ about selling crypto when things are a bit turbulent on social media? It seems very likely,” Green said. “Those Bitcoin panic sellers are practically giving away their cryptocurrencies to wealthy buyers who accumulate, accumulate, accumulate.”

Investors are worried that the spending value of their cash on hand will diminish as inflation continues to rise. All the more reason to look to digital assets.

Bitcoin and other digital currencies are widely regarded as a shield against inflation mainly because of its limited supply, which is not influenced by its price.

“In this inflationary period, Bitcoin has outperformed gold, which has been almost universally hailed as the ultimate inflation hedge – until now,” said Green.

To support his argument, he points to the fact that the third-largest holder added more than $150 million of the cryptocurrency to their holdings following the recent flash crash. Figures from BitInfoCharts show investors purchased more than 3,000 bitcoin over the last few days.

Be prepared for the many fluctuations in crypto by diversifying your portfolio, Green suggested. That will better enable investors to withstand the stresses of the wild fluctuations common to the space.

“However, history shows that Bitcoin gains have been enormous for those who hold,” Green said. “Wealthy, long-term crypto investors typically benefit from spooked panic-sellers by buying their digital currencies on the cheap to enhance their investment portfolios.

“Doesn’t a Bitcoin price dip seem especially beneficial to those such investors during these times of worryingly high inflation?”