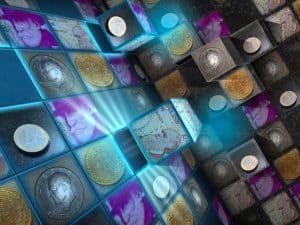 Ontology Network, which claims to be a high performance, open-source blockchain specializing in digital identity and data, notes that VC firm a16z is entering the DAO field via strategic investments into various DAO initiatives, like the recent investments in social DAO project, FWB.

Since last year, distributed autonomous organizations or DAOs have become “more well-known and have gradually become mainstream players in the blockchain industry.”

Therefore, some people think that “2022 will be the first year of DAO,” the Ontology team noted.

According to the update from Ontology, everyone has their interpretation of what a DAO is, but they all “share a common [approach]: members vote with tokens, and open-source codes automatically run voting results.” This trustless system “eliminates human error and members can manage community finances as a collective,” the Ontology Network developers explained.

Currently, DAOs have developed across many platforms, “including social media, agreement platforms, project principles, and so on.” It is more like “a bottom-up management company, where members rely on their personal abilities and subjective wishes to divide labor to build the entire DAO.”

The DAO will “reward members based on their contribution value,” the team at Ontology wrote in a blog post.

In the upcoming Metaverse, DAOs may well be “at the core of governance models, as it returns the rulemaking and governance power to the public, promoting the complete decentralization of the Metaverse.”

Although the vision for DAOs is “beautiful,” the reality is still “working towards fulfilling these goals. It is true that people in the decentralized field are increasingly interested in DAOs, but the development of DAOs still faces difficulties.” according to the update from Ontology Network.

Most DAOs use the digital assets of their members as “key indicators.”

For instance, voting is based on “the number of tokens, and rewards are based on the proportion of digital assets,” Ontology explained while adding that this approach “not only inhibits the voice of DAO members but also makes members with a small proportion of tokens unwilling to invest time and energy in governance, due to the imbalance of investment returns.”

The above-mentioned system “employed by DAOs can easily lead to the emergence of a mindset that ‘the rich will always be rich, and the strong will always be strong’.”

The simple reality is that “with the right to speak, comes the right to set rules that are more beneficial to you, and you can get greater benefits.” This has “pushed many DAOs into an unwanted centralized situation,” the Ontology team noted.

They added that in a completely autonomous DAO system, the decision “should be based on the number of votes.”

But sometimes there are “conflicts between the opinions of the development team and the interests of community members.” Sometimes the DAO development team will “directly ignore the community opinions, resulting in accusations of centralization,” the Ontology team added while noting that the alternative is to “completely follow the DAO community, which may result in constructive opinions not being adopted.”

These problems essentially “have a key point: what kind of incentives should be set up? The incentives should not only satisfy decentralization and fairness but also promote proactive DAO members that actively participate in governance.”

Based on its own tech and past service experience, Ontology proposes setting up a DID with “a reputation scoring system for each DAO member.”

When you enter a DAO, you need to “first register/own a DID and submit certain verifications (authorization through encryption to protect privacy), such as on-chain/off-chain assets, whether you have similar experience or capabilities, and so on. After verification, you will be given an initial value and mark to help you better participate in DAO.”

When participating in DAO governance, DID will “record the amount time spent in the DAO and your contributions after joining.”

Ontology further noted that contributions would “include voting, suggestions, operational work, and so on.”

If you also use this DID to participate in the governance of other DAOs, those data “will also be recorded in the same DID, increasing your data diversity.”

As explained by Ontology:

“The reputation system will make a comprehensive score based on the above records. For example, the more DAOs you participate in, and the longer, and the more active you are, the higher your score will be. In addition, corresponding weights can be set when designing the reputation scoring model, such as reducing the weight of digital assets and increasing the weight of participation.”

Based on this, we can imagine “a completely decentralized DAO organization” as:

Although DID can help to solve some of the current DAO problems, this is still just the beginning, Ontology claims.

They’ve predicted that in the future, DAOs will “inevitably become the organizational form of the decentralized world, with more blockchain technologies being absorbed by DAOs, allowing for the quick and healthy development of ecosystems.”