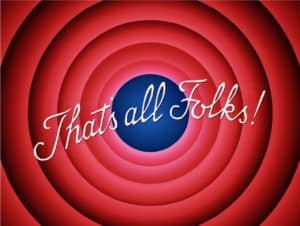 During a speech delivered earlier this month, Edwin Schooling Latter, Director of Markets and Wholesale Policy and Wholesale Supervision at the UK’s Financial Conduct Authority (FCA), went over the remaining actions companies must take, as the end of the year, when “the majority of LIBOR rates will stop being calculated, approaches.”

LIBOR is presently based on submissions offered by a panel of banking institutions. These submissions are primarily based on estimates that are meant to reflect the interest rate at which banks may borrow funds on unsecured terms in wholesale markets.

As explained in the update, the move away from LIBOR to risk-free rates, which are “based on transactions rather than estimates, has been a global effort led by the FCA and the Bank of England in conjunction with industry and overseas regulators.”

As confirmed in the FCA announcement earlier this month:

“From 1 January 2022, 24 of the 35 LIBOR settings, which relate to specific currencies and time periods, will no longer be available. For the LIBOR settings that are continuing for a further time limited period after end-2021, Edwin outlined in his speech the further actions we expect firms to take.”

“Six sterling and yen LIBOR settings will continue for the duration of 2022 but will be calculated in a way that does not rely on submissions from panel banks, and is instead based on the risk-free rates. We call this ‘synthetic’ LIBOR.”

The update further noted that the cleared sterling and yen LIBOR derivatives will be “converted to risk-free rates before end-2021.”

On 1 January the FCA will publish Notices “requiring LIBOR’s administrator to change the way these six LIBOR settings are calculated, and allowing their use in legacy contracts, in line with the draft Notices we published previously.”

The update also mentioned that five US dollar LIBOR settings will “continue to be calculated using panel bank submissions until mid-2023.”

“We have decided to restrict new use of US dollar LIBOR from end-2021, with limited exceptions. This aligns with supervisory guidance issued by US authorities and supported by the Financial Stability Board and IOSCO.”

“We consulted on our proposals for allowing legacy use of synthetic LIBOR and restricting new use of US dollar LIBOR in September and confirmed our final decisions in November. Today we have published a detailed Feedback Statement (FS21/12) setting out our responses to the comments received through our consultation.”

The FCA has also published a technical Notice to “make sure that our decision to allow legacy use of the synthetic sterling and Japanese yen LIBOR settings, comes into effect at the same time as the overall ban on use.”