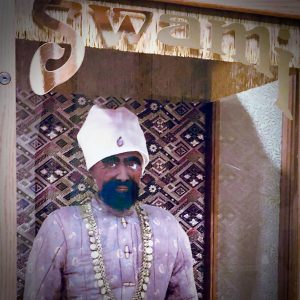 The team at ComplyAdvantage, an AI-enhanced financial crime detection firm, notes that from regime change in Myanmar and Afghanistan to a “spotlight on environmental crime at COP26 and the explosive Pandora Papers leak, 2021 has been another landmark year for compliance professionals.”

ComplyAdvantage writes in a blog post that with its 2016 Global Magnitsky Act, the US established a blueprint for sanctions programs designed to “tackle human rights violations.”

The team at ComplyAdvantage explains that the adoption of such programs has been “expanding ever since, and 2021 could go down as the year in which this approach became the norm.” Not only have more countries introduced “Magnitsky-style” programs this year, we have also seen “the scope of existing programs expand significantly,” the firm revealed.

ComplyAdvantage further noted that Australia has introduced and expanded its Magnitsky-style program “in a single year.” At first, it amended its 2011 Autonomous Sanctions Act. Then in December 2021, the Australian government also “passed a new Autonomous Sanctions Amendment (Thematic Sanctions) Act, which widened the scope of its sanctions program to target cyber hackers, human rights abusers and corrupt officials with penalties including deportation and asset seizures.”

With these key legislative changes, Australia became “the latest proponent of a human rights-based sanction program, joining the US, Canada, UK and the European Union (EU),” the ComplyAdvantage team noted.

In April of this year, the United Kingdom expanded its Magnitsky program “with the initiation of its Global Anti-Corruption regime, specifically targeting Russia, Africa and Latin America.” Meanwhile, the US has “issued human rights sanctions against China, escalating geopolitical tensions with the country over the repression of the Uyghurs.”

As more nations have adopted expanded sanctions powers, “a key trend heading into 2022 is the ongoing attempt at taking more coordination sanctions enforcement action,” according to ComplyAdvantage.

The tensions between China and the US offer “a clear example of this, with the UK, Canada, and EU joining the US in applying sanctions on China.”

2021 was the year when “debates about whether crypto firms should be managed as financial institutions, treated as a new kind of entity or banned altogether came out of the abstract, with governments putting pen to paper through new regulatory initiatives,” the team at ComplyAdvantage noted.

In September of this year, the People’s Bank of China and nine other agencies in the country “made all cryptocurrency transactions illegal,” ComplyAdvantage noted while adding that earlier in the year “bitcoin mining was also outlawed.”

In the European Union (EU), virtual asset service providers (VASPs) are “being regulated in line with other firms through the EU’s 6th Anti-Money Laundering Directive (6AMLD).”

Alongside debates about how to regulate crypto firms, however, “sits a parallel debate about what firms should be defined as VASPs or crypto asset service providers (CASPs),” ComplyAdvantage noted while adding that the EU is “expanding its definition of CASPs with its next Anti-Money Laundering Directive.”

As mentioned in the update from the Regtech firm, the goal of this is to “bring its framework into alignment with the EU’s Markets in Crypto Assets (MiCA) proposal, and the definition provided by the Financial Action Task Force (FATF).”

According to ComplyAdvantage, we can “expect more debates about the definition and regulation of VASPs and CASPs in 2022.”

In the US, much of the legislative focus this year has been “on the regulation of stablecoins, amid concerns about market panic in the event that a large number of users make withdrawals at once.”

In its extensive report, the President’s Working Group on Financial Markets “called on Congress to act, arguing current oversight is ‘inconsistent and fragmented.'”

The recommendation “in favor of new legislation vs simply expanding the scope of existing regulations suggests a key trend for 2022 will be debates around what a framework for stablecoins could, or should, look like.”

“This debate may not be confined to the US alone. With the US government believing coordinated international standards are key to tackling AML/CFT risks associated with stablecoins and the wider crypto sector, 2022 could be the year that a common regulatory framework for cryptocurrencies emerges.”

The COP26 Summit in Glasgow, alongside initiatives by the FATF, have “brought the issue of environmental crime to the top of the financial crime agenda,” the team at ComplyAdvantage noted.

The update from the Regtech firm also mentioned that the FATF has “broken the fight against environmental crime down into two core components: how firms can assess their exposure, and how public and private sector organizations can combat the threat itself.” ComplyAdvantage believes that we can expect to see more guidance on the issue at the FATF’s next plenary in February 2022.”