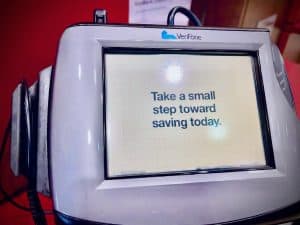 The team at Mambu, a modern SaaS banking platform, says that it has been a solid year for them. It began with the announcement of their €110 million round of funding that was led by TCV, whose investments reportedly include Netflix and Spotify, and ended with the company finalizing a €235 million Series E round (in 2021) led by EQT.

Mambu confirmed in an extensive update that it has reached a €4.9 billion valuation and all “Mambuvians” will now have a stake in the firm’s future growth as shareholders, thanks to a program called Equity for all (as announced by co-founder and CEO Eugene Danilkis).

But Mambu also had an “action-packed year beyond the news headlines,” the firm wrote in a blog post.

“We got to the heart of what consumers from all over the world want from banking, thanks to our Disruption Diaries reports, Evolve or be extinct and Embedded Finance: who will win the battle for the next digital revolution, just to name three.”

Mambu further noted that they shared their insights in 211 global events: digital, face to face, hybrid, podcasts, round tables and webinars – communicating their goal or mission to make banking better.

Mambu also mentioned that they “raised issues that are close to [their] values, joining the cultural conversation about hybrid work solutions, diversity and representation in finance.”

And they improved their “stance on sustainability.”

Last year, Mambu also added 64 new partners to their ecosystem, “either as consultants, system integrators or technology partners and continue to collaborate with more than 200 customers in more than 50 countries to deliver great financial experiences to people all over the world.”

And they’ve “welcomed 400+ new Mambuvians either in [their] offices or remote.”