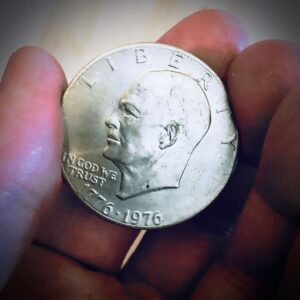 The VeChain Foundation, a non-profit entity established in Singapore, recently revealed that they’re pleased to confirm that following months of development, the contract for VeUSD, VeChain’s first native stablecoin, will “soon go live on mainnet, ushering in a new era for VeChainThor.”

With their international ambitions, launching their stable token aligns with VeChain‘s projected ‘Growth phase’, a period where the technical maturity of products and services they have developed over the last 5 years “begins to translate into accelerating real-world adoption.”

Positive progress in the global regulatory climate and increased understanding of the value proposition of blockchain technology are “setting the stage for rapid growth of the field,” the team at VeChain Foundation wrote in a blog post.

Developed by Stably, onboarded by CREAM and with stablecoins issued by Prime Trust, a Nevada-chartered trust company from the US, VeUSD “promises to unlock new applications and new functionalities for community and enterprise partners alike.”

VeUSD — Gateway To A New VeChainThor

The team chose Stably as a vendor “due to their strict compliance with US and global regulatory authorities.”

As blockchain moves mainstream, compliance “remains critical for maintaining our position as the leader of real-world implementation of blockchain.” The update also noted that compliance is key to mass adoption, hence their “close relationships with key channel partners and global authorities in this subject, DNV and PwC.”

According to the update, stablecoins are, “of course, no exception to this reality.” Every single VeUSD minted will be “fully backed by physical reserves of fiat money that can be redeemed at a 1:1 ratio at any time.”

The update further revealed that fiat accounts are “monitored and audited by Prime Trust, a Nevada-chartered trust company that also acts as regulated administrator.” With this in mind, users can “rest assured VeUSD provides a fully compliant solution with a guarantee of dollar value.”

One of the benefits of the Stably Prime platform is “the ease at which users, whether enterprise or individual, can mint and burn VeUSD.” The announcement further noted that once a user has created an account on Stably Prime, they can “deposit USD and quickly convert it to VeUSD.” Users can also “deposit other types of stablecoin on Stably Prime, convert them to USD and then convert the resulting balances to VeUSD.”

The update also revealed that the VeChain team is “working on plans to integrate a widget directly into the VeChainThor wallet in Q1 2022, allowing for even easier access to VeUSD minting and redemption functions, greatly enhancing the user experience.”

With a stablecoin, VeChainThor is now able to “provide similar DeFi functionality to networks such as Ethereum, but with vastly superior architecture,” the update explained.

“Business environments are complex and multifaceted, often featuring many companies and many moving parts. Such complex systems naturally lead to friction, delays and other inefficiencies borne from obtuse and siloed data systems. Blockchain and stablecoins provide a simple and elegant solution to many common headaches.”

The update further noted that blockchain is “widely considered the critical missing piece of the puzzle with regards to circular economics, a concept wherein resources become the responsibility of the producer, who must then return them to the start of the production cycle once an item has been disposed of.”

A stablecoin helps their partners “build and empower change, transitioning the global economy to a more sustainable state.”