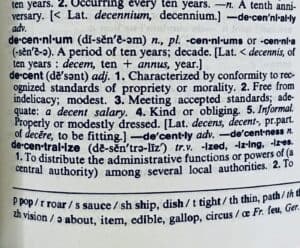 As the crypto and blockchain space continues to grow steadily, decentralized autonomous organizations (DAOs) are becoming more common (because they provide a way to enable decentralized governance).

After its MainNet launch back in June 2018, the 3-year-old TRON blockchain platform has developed its own DAO so that the team can support complete decentralization of the fast-growing Tron (TRX) ecosystem.

As mentioned in an update, the TRON Foundation was reportedly dissolved on July 25, 2021. The three nodes operated by the Foundation — justinsuntron, BitTorrent, and utorrent — also left  TRON Super Representatives in December of last year.

Currently, the 27 nodes that run the TRON network are all from their community. This marks the “restructuring” of TRON Foundation into TRON DAO, an organization established with support from the community.

The formation of the TRON DAO allows users to “participate in governance and decision-making in a fairer, freer, and more flexible fashion,” the announcement noted.

Users may enjoy the complete range of rights to “engage in and decide the future of the TRON Protocol,” while the concerns and requirements of the community will be addressed in a more effective and transparent manner. For the TRON Protocol, TRON DAO may “cement the community consensus, boost users’ engagement, and render the decision-making process more transparent, secure, and decentralized.”

As noted in a blog post, the overall success of a blockchain protocol “largely depend on whether it has strong community engagement.” This is what makes TRON one of the first public chains to grow into a DAO.

The developers further noted that they remain committed to achieving full decentralization, which is the main reason for forming the TRON DAO.

With the DAO, which is “fully digitalized” and is able to scale globally, TRON will also speed up its move towards the goal of offering the “Global Human Settlement Layer” of the future. The advent of Web 3.0 is making DAOs even more relevant, according to the TRON developers.

As covered, TRON is focused on supporting the decentralization of the Internet via blockchain tech and decentralized applications (dApps). Established in September 2017 by Justin Sun, the platform has continued to deliver on several milestones since its MainNet launch in May 2018.

In July 2018, the TRON ecosystem completed its BitTorrent integration. Meanwhile, the TRON network has gained steady traction with many new users active on its blockchain and a large number of transactions being completed.

Notably, TRON has the largest circulating supply of stablecoins, surpassing USDT on Ethereum in April 2021.The TRON network “completed full decentralization in December 2021 and is now a purely community-governed DAO.” the developers claim.