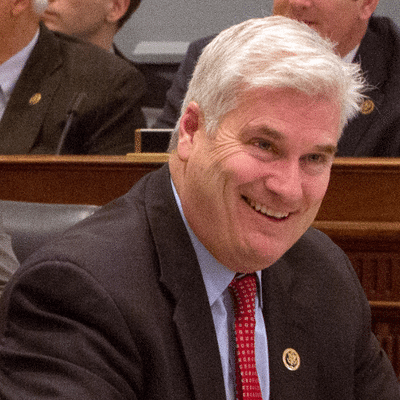 Congressman Tom Emmer introduced legislation today designed to prohibit the US Federal Reserve from issuing Central Bank Digital Currency (CBDCs) directly to consumers. Emmer is a member of the House Committee on Financial Services and ranking Member on the Fintech Task Force.

According to the language of the bill, if enacted the law would simply block the Fed from offering products or services directly to individuals, nor maintain accounts on behalf of individuals or issue a digital dollar to anyone.

In a series of tweets, Emmers explained his intent:

“As other countries, like China, develop CBDCs that fundamentally omit the benefits and protections of cash, it is more important than ever to ensure the United States’ digital currency policy protects financial privacy, maintains the dollar’s dominance, and cultivates innovation.

CBDCs that fail to adhere to these three basic principles could enable an entity like the Federal Reserve to mobilize itself into a retail bank, collect personally identifiable information on users, and track their transactions indefinitely.

Not only does this CBDC model raise “single point of failure” issues, leaving Americans’ financial information vulnerable to attack, but it could be used as a surveillance tool that Americans should never be forced to tolerate from their own government.

Requiring users to open an account at the Fed to access a United States CBDC would put the Fed on an insidious path akin to China’s digital authoritarianism.

Any CBDC implemented by the Fed must be open, permissionless, and private. This means that any digital dollar must be accessible to all, transact on a blockchain that is transparent to all, and maintain the privacy elements of cash.

In order to maintain the dollar’s status as the world’s reserve currency in a digital age, it is important that the United States lead with a posture that prioritizes innovation and does not aim to compete with the private sector.

Simply put, we must prioritize blockchain technology with American characteristics, rather than mimic China’s digital authoritarianism out of fear.”

Currently, over 100 countries are investigating the possibility of issuing a CBDC. China is leading the pack and is already testing an e-CNY, or digital yuan (renminbi), with apps enabling the digital currency available on both Android and iOS. The digital currency is powered, in part, with blockchain tech.

The concept of CBDCs has led some observers to predict the demise of retail banks as a digital dollar, or another digital fiat, would remove the need for deposit accounts. Banking as we know it today would go away. A recent nominee for the Office of the Comptroller of the Currency advocated on behalf of this policy.

Critics of the e-CNY have echoed Emmer’s concerns about providing the Chinese government an easy method to monitor all digital currency transactions.

The rise of privately issued stablecoins has propelled the discussion of CBDCs and the US Federal Reserve is studying the concept at the moment with a report anticipated within the coming weeks.

Just this week, the Chairman of the Federal Reserve, Jerome Powell, directly stated that if a digital dollar was issued – private stablecoins could operate alongside a CBDC, encouraging stablecoin issuers like Circle. If the Federal Reserve is blocked from providing a digital dollar to consumers, but still able to enable institutional transfers, stablecoins may have a clear path to providing the future of payments and transfers.

It was not immediately clear if Emmer’s legislation has sufficient political support to be put up for a vote in Congress.