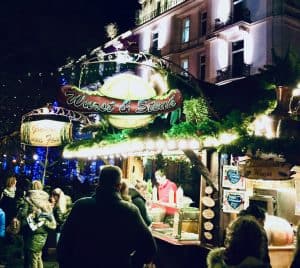 Ontology, the project that aims to bring trust, privacy, and security to Web 3.0 via decentralized identity and data solutions, recently announced the opening of a new European office in Berlin, Germany.

As mentioned in an update shared with CI, Ontology’s move reflects its alignment with Europe’s efforts to enhance data privacy and protection via legislation like GDPR.

In addition, the European Commission’s (EC) endorsement of Digital Identity as a “more secure” and convenient means for data storage and exchange for citizens “makes Germany an ideal environment for Ontology’s expansion.”

By establishing its business in Europe, Ontology intends to serve an important role in “increasing privacy across the continent and highlight the benefits that its decentralized solutions can bring to users and regulators alike.”

“Increasing privacy, transparency, and trust, Ontology’s high speed, low cost blockchain is designed to give users and enterprises the flexibility to build blockchain-based solutions that suit their needs, while also ensuring regulatory compliance.”

Other products reportedly include the ONTO wallet, which allows users to “securely manage their identities, data, and digital assets.”

The update further noted that Europe is one of the largest hubs for blockchain related services and Web3 innovation, “with much of the action happening in Berlin, which has seen over $13 billion of investment since 2016.”

As such, Ontology has chosen Berlin as “a key strategic location where it will aim to expand its reach and capitalize on the incredible talent and resources available,” the update revealed.

“Europe sits at the forefront of Web3 and technical innovation and its continued focus on increasing user privacy and security aligns clearly with our mission at Ontology. By opening our new office in Berlin, we are excited to contribute to the continent’s ongoing efforts to create a more secure web. We look forward to growing our presence in Europe and contributing to the ecosystem through a host of new partnerships, community members, and employees. We are currently hiring for a number of roles available.”

The opening of the office aims to supplement Ontology’s existing roots in Europe, which have been established “through a host of different partnerships.”

Following on from its partnership with Mercedes parent Daimler Mobility to develop Welcome Home, an in-car system designed to transform driving experiences, Ontology also teamed up with bloXmove, a European mobility blockchain platform designed to “simplify travel across multiple forms of transportation.”

The partnership will see bloXmove integrate Ontology’s decentralized digital identity protocol into its platform, “providing users with an identifier that will allow them to share their verifiable credentials, such as driving licenses and passports just once, in a way that is totally private, secure, and encrypted.”

Specifically in Berlin, Ontology has teamed up with the Hochschule für Technik und Wirtschaft (HTW) University “to explore joint research and teaching initiatives, with a view to developing a number of bespoke blockchain applications,” the announcement revealed.