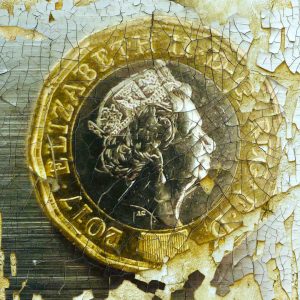 European Fintech iwoca notes that as worries or concerns about the economy emerge, almost three in four small business owners are thinking about the potential impact of inflation.

iwoca writes in a blog post that businesses are “wary of the impact of this on their operations, with close to half worried about increased business costs in 2022.” And only 28% of small businesses expect 2022 turnover to actually increase this year, and 19% expect turnover to decline.

As noted in the update, inflation has been rising and it’s predicted by the Bank of England that we will see rising interest rates this year. Almost three quarters of small business owners (71%) “cited inflation as their biggest concern regarding the economy going into 2022.”

As energy, fuel and raw material prices continue to surge, nearly half of small business owners (46%) surveyed “named increased running costs as a main concern for their business going into 2022.”

And with the dual impact of Brexit and the COVID-19 crisis affecting international trade routes in the past year, “a quarter of small business owners also expressed concern about how supply chain issues might affect their business.”

The team at iwoca further noted that the “threat of further restrictions remains a worry for small businesses given the tough trading conditions, with 66% of small business owners citing additional Covid-19 measures as a key concern going into the new year.”

“As concerns mount over the future of the economy and its effect on their business, four in five small business owners say that they do not expect to hire new employees this year, with only one in ten (9%) predicting they will hire over the next 12 months, despite record vacancies across the economy.”

“Optimism among small business owners remains low, with almost a third (30%) predicting that they will be worse off by the end of 2022. Alongside this low optimism, only 28% of small businesses expect 2022 turnover to grow this year, and one in five (19%) expect turnover to shrink.”