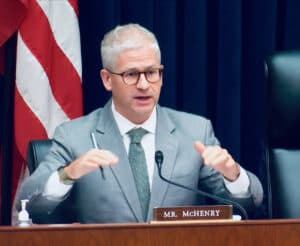 Earlier today the US Federal Reserve announced a discussion paper seeking feedback on the possibility of a digital dollar. Central bank digital currencies, or CBDCs, are being reviewed by central banks around the world as policymakers aim to uncover if digital currency issued by governments will replace physical currency.

In the Feds consultation, the authors outline both pros and cons of CBDCs while positing that another option could be privately issued stablecoins.

Comments from the public are being accepted until May of this year.

“In order for the U.S. payments system to remain the best in the world, private sector innovation must lead the way. This is top-of-mind as Congress evaluates the implications of pursuing a U.S. central bank digital currency. The Federal Reserve’s white paper is an important first step in an ongoing process to consider both the potential costs and benefits of issuing a U.S. CBDC.”

“Despite calls for the Fed to accelerate its progress, I share Chair Powell’s view. It’s more important we get this right than to be first. This means policymakers must closely examine the impact a CBDC will have on private-sector competition and innovation while addressing privacy, civil liberties, and security concerns. I am pleased the report reaffirms the Fed will not move forward on a CBDC without express authority from Congress. I look forward to working with my colleagues to ensure our financial system, including the role of the Fed, continues to support our economic and global competitiveness.”

Late last year, McHenry along with his Republican colleagues on the Committee, released a series of principles designed to guide Congress’s actions pertaining to CBDCs. McHenry re-iterated these principles, reposted below.

Private Sector Must Lead the Way