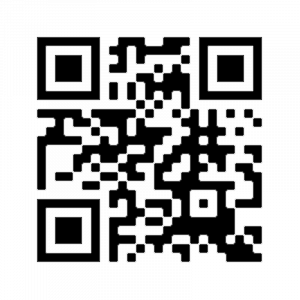 Via this linkage, consumers in both nations will be able to make retail payments by “scanning the QRIS (Quick Response Code Indonesian Standard) or DuitNow QR codes displayed by offline and online merchants.”

This update marks the beginning of a pilot phase that will aim to “pave the way for a full commercial launch in the third quarter of 2022.” The linkage will be “expanded in the future to support cross-border remittance where users in both countries can make real-time fund transfers with convenience,” the announcement revealed.

“This initiative links cross-border payments through the interconnection of national QR codes of the two countries and also represents another milestone of the Indonesian Payment System Blueprint 2025. Bank Indonesia recognises the significance of cross-border payment system linkages and has continuously pursued such initiatives.”

“This will give more options for users in the cross-border payment space and serve as a key to improve transaction efficiency, support the digitalisation of trade and investment, and maintain macroeconomic stability by promoting a more extensive use of Local Currency Settlement (LCS) Framework. Through the use of direct quotation of local currency exchange rates provided by Appointed Cross Currency Dealer (ACCD) banks under the LCS Framework, it will improve the efficiency of transactions, thus lowering the transaction cost.”

“The cross-border QR payment linkage between Malaysia and Indonesia marks a key milestone in the long history of collaboration between both countries. Such development will bring us closer towards realising the vision of creating an ASEAN network of fast and efficient retail payment systems. This in turn will further accelerate our digital transformation and financial integration, for the benefit of individuals and businesses.”

The payment connectivity will aim to strengthen the close economic ties between Indonesia and Malaysia and support post-COVID economic recovery.

As global travel resumes, tourism will be “a key sector that will greatly benefit from this service.”

The sizeable traveler flows between the two countries “recorded an average of 5.6 million arrivals yearly before the pandemic.”

Both countries are also “key remittance corridors for their nationals working abroad who will benefit from faster, cheaper, and more transparent cross-border remittances.”

Additionally, this initiative is also “aligned with the Cross-border Payments Roadmap as a priority agenda of the Indonesian G20 Presidency, in the effort to maintain the momentum initiated by the past two G20 Presidencies to resolve the challenges in cross-border payments.”

This project is “made possible with the collaboration of various stakeholders from both countries under the joint stewardship of BI and BNM.”