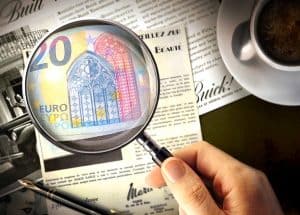 This European reporting System for material CFT/AML weaknesses, EuReCA, will be key to coordinating ongoing efforts by relevant authorities and the EBA to prevent and combat money laundering and terrorist financing (ML/TF) risks in the EU.

EuReCA also provides internal audit findings identified by a prudential authority during an on-site inspection about which the management body of the senior management “appeared to have been informed and decided not to remediate.”

The EBA confirmed that it would use pertinent information from EuReCA to “inform its view of ML/TF risks affecting the EU financial sector.”

It will also share information from EuReCA “with competent authorities as appropriate, to support them at all stages of the supervisory process and, in particular, should specific ML/TF risks or trends emerge.”

In this regard, EuReCA will serve as an early warning tool, which should “help competent authorities to act before ML/TF risk crystallize.”

As noted in the update, EuReCA has been formed based on provisions specified in article 9a (1) and (3) of the EBA Regulation and in the draft Regulatory Technical Standards (RTS) on a central database on AML/CFT in the EU that were released on the EBA’s website on 20 December of last year.

The update clarified that EuReCA would not begin to gather personal data “until the approval of the draft RTS by the European Commission.”