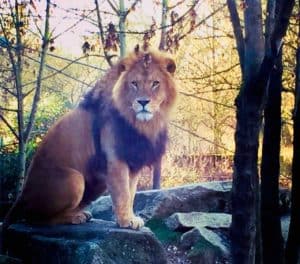 In order to help with protecting endangered animals, UK’s TV station, WildEarth, has introduced its own set of non-fungible tokens (NFTs).

Notably, 40% of the main sale proceeds will be directed towards various custodians of the land on which the animals are currently living.

Graham Wallington, Co-founder and CEO at WildEarth, told Finextra in an interview that the idea or concept behind this strategy is as follows: nature may take care of itself – it only requires a home. The actual goal is to make sure domestic populations have a financial incentive to not engaging in poaching.

NFTs are non-exchangeable data that may be associated with virtual files like images, entire videos, audio recordings, and even physical items. Because of their uniquely (and provably) identifiable characteristics/attributes, NFTs are quickly emerging as a popular technology and tool with wildlife conservationists.

They’re basically allowing digital versions of an endangered species to be associated with a virtual token, which may be purchased and then sold via marketplaces online. The proceeds from the sale get channeled back into ongoing preservation efforts.

WildEarth recently revealed that it had joined various organizations that are creating conservation NFTs. The organization’s digital token, “WildEarth NFT”, allows the show’s viewers to serve as meta-custodians of the animals that are filmed.

Wallington pointed out that this initiative has been a considerably challenging exercise to launch. He added that it now feels great that they can offer these NFTs to the market.

In the beginning, WildEarth is offering the “Genesis Collections”, which include 11 leopards, nine lions and five hyenas.

40% of each WildEarth NFT that is sold will get paid to the custodian of the wild habitat where each animal resides. An additional 8% of each sale in the future should get converted into domestic currency and then paid out to the habitat custodian.

Wallington further explained that the royalties generated get paid to the land’s custodians as a monetary incentive to conserve wildlife habitat. He pointed out that this is what conservation needs to focus on.

He added that these animals don’t require our management – they simply need a place to live. It is the domestic populations that need to be on board, Wallington noted while adding that the key here is to create another revenue source to the current ones available to the custodians, like hunting or tourist safaris.

Notably, WildEarth has considered the overall environmental impact of the blockchain or DLT platform its tokens get issued on.

“One of the biggest challenges was ensuring we weren’t creating high energy NFTs, while at the same time getting the tokens on the biggest secondary market, OpenSea. Fulfilling both goals was tricky because Ethereum – which is where the vast bulk of the world’s NFT’s currently sit – is a very carbon intensive environment. One NFT on that chain can consume the same amount of energy that an average the US household does in six days.”

In order to address this, WildEarth worked with the a Polygon sidechain – meaning that the digital tokens are accessible via OpenSea. However, the energy usage is around 100,000x less than that of the Ethereum network.

As confirmed by its management, WildEarth plans to offer each NFT holder with access, through a mobile app, to video, photos, anecdotes, and key information on the movement of their animals over the long-term.