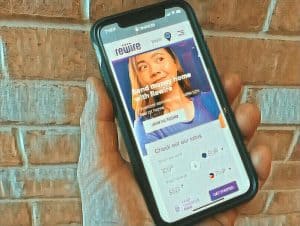 Rewire, an Israeli neobank that caters to the needs of migrant workers, this week announced a $25 million strategic investment that will allow it to develop insurance products for its customer base. Israeli insurance company Migdal participated in the round along with Standard Bank of South Africa, BNP Paribas, Moneta Capital Partners, Renegade Partners, Opera Tech Ventures, Viola Fintech, OurCrowd, Yehuda Zisapel, former Yahoo CEO Jerry Yang, and a group of unnamed angel investors.

The platform said it is building the first neobank which caters to the unique cross-border needs of migrants around the planet. Its efforts began when it partnered with AIG and Quover to offer free insurance. This new $25 arrangement will allow Rewire to expand these offering to customers in other regions it serves. An unnamed Asian insurance provider is also involved.

Rewire was formed in 2015 with a founding team consisting of CEO Guy Kashtan, VP or research and development Adi Ben Dayan, CTO Saar Yahalom, and Or Benoz. In May of that year debuted in Israel after receiving its first license. Its first customers sent funds to the Philippines. In 2016 the company added payment corridors to India and Southeast Asia. Two years later Rewire introduced its first international prepaid Mastercard. Partnering with Standard Bank of South Africa, it began offering money transfers to Africa in March, 2018.

2019 was a pivotal year. It began with the announcement of a $12 million Series A round which was led by Viola Fintech. It built on the earlier investments of Moneta VC and Standard Bank of South Africa. In August Rewire launched a digital banking platform that caters to the needs of migrants in 21 European countries. A Chinese payment corridor followed in November.

In July 2020 Rewire launched money transfer services in the United Kingdom before securing its electronic money institution license from the European Union that December. A $20 million Series B round was announced one year ago. It was led by OurCrowd.