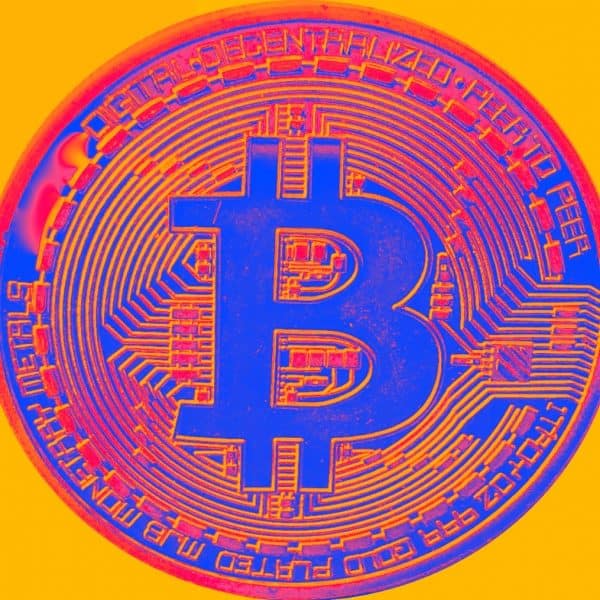 Market prices have been rising in the US at the fastest pace in 40 years — an inflation rate of 7.5% YoY compared to December’s 7%. And the overall impact of inflation has “broadened beyond pandemic-related goods and services,” the team at digital asset firm Okcoin notes in an update.

Okcoin has shared key insights on inflation, and how Bitcoin may be “a good option to diversify your portfolio and store value.”

While explaining what inflation, the company noted that it is “an overall rise in prices in an economy.” This rise “reflects a diminishing purchasing power of a given currency.”

Economist Milton Friedman said that inflation is “purely monetary — determined by policy and printing of new money by centralized bankers.” Subscribers to this particular theory refer to inflation as “a ‘hidden tax’ from central banks.”

Okcoin also noted that if you’re holding US Dollars — in your bank account, pocket, lock box, or mattress — they’re “worth less now; 7.5% less than they were a year ago.” You’ve “lost purchasing power by simply holding your hard-won earnings,” the Okcoin team explained.

They added that people living in countries outside of the US, “especially under authoritarian regimes, are very familiar with the nightmare of inflation and how monetary policy can cause populations to go bankrupt almost overnight.”

If you’ve ever wondered why you can’t really hold your cash to avoid the ups and downs of investment markets, then now you know.

According to Okcoin, cash is “still good for some things, but not as a primary store of value.”

Okcoin further noted that diversification “means investing in multiple places to limit your exposure to a particular asset’s risk profile.” It’s designed “to reduce the volatility of your portfolio over time.”

The firm added that Bitcoin is often “referred to as a ‘hedge against inflation’.” While fiat currencies (such as USD) can be printed, and often are, Bitcoin has a fixed supply of 21 million BTC.”

As noted by Okcoin, Bitcoin is decentralized, and “can’t be controlled by a small group of decision-makers in a particular economy, nation, or class.”

The Okcoin team also mentioned that Bitcoin is “frequently compared with gold as a potential hedge against inflation and a store of value solution.” They clarified that the value is “what we need to store, and with cash the value can be easily manipulated.” They added that cash is “actually a very poor store of value.”

Going on to comment on what gives Bitcoin the edge over gold, the company explained that BTC has the “ability to be moved rather quickly over distance.”

“While the debate over bitcoin vs gold is still on, there’s another way to conceptualize bitcoin here — bitcoin is gold for the internet. It has the exact qualities needed to serve as a store of value within a global, borderless, digital economy.”

They also mentioned that there are “a couple popular approaches for changing your USD into bitcoin: timing the market and Dollar-cost averaging.”

“Timing the market can be time consuming as it often involves news tracking, price analysis, and a steep learning curve. And it’s not a proven method by any means. As we’ve seen in the past month, even the practice of “buying the dip” can be a stressful experience when that dip keeps dipping before bouncing back.”

“Another popular and less time consuming way to invest is Dollar Cost averaging. With this method, you can change your USD into bitcoin a little at a time, over time, at regular intervals. This is said to create a stabilizing effect on bitcoin’s average price and protect against volatility. You can even automate your DCA by setting up a ‘recurring buy’ with an exchange. Okcoin offers recurring buys with daily, weekly, and monthly investment intervals.”

The team at Okcoin added that with inflation’s rate and reach growing in the US. This is “the perfect time to explore Bitcoin and other crypto-assets as a way to diversify your holdings and set yourself up for a solid financial future.”

While sharing other updates, the exchange noted that you can now “trade the WAX token (WAXP) against USD on Okcoin.”

As explained by Okcoin, WAXP is “the token of WAX, The Worldwide Asset eXchange™, a blockchain focused on e-commerce.” WAX uses “a delegated proof-of-stake (DPoS) consensus mechanism and touts support for 500-millisecond block time and zero-fee transactions.”

The goal of WAX is “to enable anyone to operate a virtual marketplace by providing low cost security, infrastructure, and payment processing.” It also allows users “to trade digital items such as video game skins, in-game items, and other digital collectibles.” This is why a bunch of GameFi projects have “become big players in the WAX NFT ecosystem.”

As noted by Okcoin, the WAX blockchain is “secured by a voting system based on so-called ‘guilds’, which choose who produces blocks.” And if a block is not produced on time, the next WAX guild in line is “chosen to produce a block.” Also if a block is produced but then skipped, that block is “not counted and, again, the next WAX guild in line gets to produce the next block.” This prevents any one WAX guild from “controlling the entire blockchain.”

The WAXP token is designed to be used for: