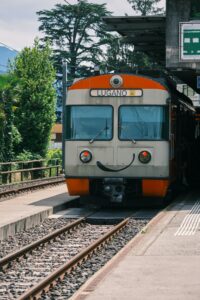 Polygon and Tether stablecoin are reportedly backing the City of Lugano in its effort to transform this lakeside town in southern Switzerland into Europe’s “blockchain capital.”

Lugano will reportedly allow citizens and companies “to use Bitcoin, Tether, and the city’s own LVGA stablecoin to pay their annual taxes, parking tickets, public services, and student tuition fees, paving the way for cryptocurrencies to become a legal tender in the city.”

As mentioned in the announcement, Polygon is joining the effort “as an infrastructure partner, offering the rails on which the stablecoins will run.”

Tether’s CTO Paolo Ardoino and Lugano’s Mayor Michele Foletti “made the announcement via a Livestream.”

During the last year, Lugano has taken “concrete steps toward making its plans a reality.” The city launched a digital wallet and a loyalty program “based on LVGA points.” Lugano also developed 3Achain, an EVM-compatible city blockchain that “uses a Proof of Authority consensus and is linked to Ethereum.”

“Combining the stability of stablecoin technology with Polygon’s low-cost infrastructure provides Lugano with a rapid, and non-volatile means of transacting. We’re delighted the City of Lugano has selected Polygon to provide this critical infrastructure for their stablecoin. Polygon is one of the fastest growing blockchains, offering high speed and low gas infrastructure.”

“The network was designed to work in parallel with the Ethereum network to improve functionality and promote infrastructure development. It has attracted more than 7,000 decentralized apps, from DeFi blue-chips Sushiswap and Aave to NFT marketplaces OpenSea and Mark Cuban’s Lazy.com. The core team is building a full suite of scaling solutions including Polygon PoS, Polygon Edge and Polygon Avail, and is investing in cutting-edge zero-knowledge technology that will be key to onboarding the next billion users to Ethereum.”