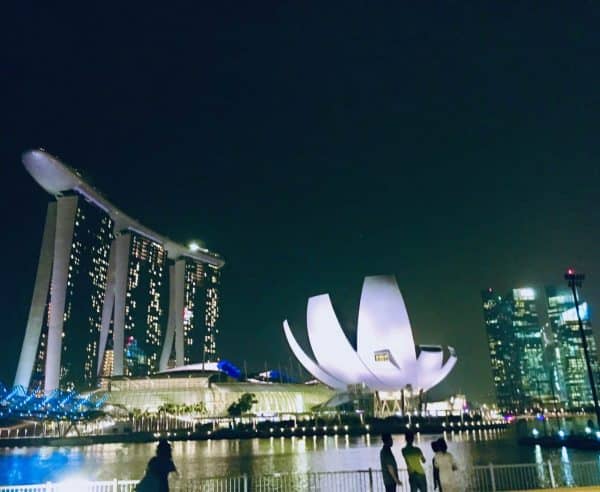 ADDX was founded in 2017 and began full commercial operations in 2020 after becoming one of the first digital securities exchanges to graduate from the MAS Fintech Regulatory Sandbox. Leading the company into its next phase of growth, Choo projects ADDX will record $1 billion in transactions by 2023.

“Reaching a critical mass will signal that we are the primary venue for any issuer or investor looking to deal in private market investments. It will strengthen our ability to achieve our mission of ensuring fair and equal access to the private markets for all – including, ultimately, retail investors,” Choo said. “The end game is a much better world than the one we live in – truly diversified portfolios not just for sovereign wealth funds and pensions funds, but every person on the street. Barriers to capital flows will be reduced significantly, allowing funds to reach the worthiest projects. This generates innovation, economic growth, jobs and government revenue.”

Choo joined the company as chief commercial officer in January 2020, moving from UBS, where she was head of investment banking for Singapore. MAS approval is being sought for ADDX Pte Ltd, a newly established entity which Choo will lead as CEO, to operate the ADDX platform. ADDX Pte Ltd is fully-owned by parent company ICHX Tech, which will continue to operate the ADDX platform under existing licenses until new MAS approvals are obtained for ADDX Pte Ltd.

Following Choo’s appointment, Danny Toe, who has been at the helm of the ADDX platform via ICHX Tech, will remain CEO of ICHX Tech. Other new appointments include Darius Liu and Inmoo Hwang. Liu, who had been COO, is now group chief strategy officer of ICHX Tech. Hwang, who was previously head of business strategy and growth, will take over as COO of ADDX Pte Ltd.

Total transactions on the ADDX platform exceeded US$150 million in 2021. They said the pace of expansion is expected to accelerate further in 2022 and 2023, with the impending launch of institutional and corporate investor accounts, and individual account openings now growing at a rate of 120 per cent per year. By 2023, the total number of deals completed on the ADDX platform is likely to multiply by at least four times to reach 100, up from the 24 deals completed by the end of 2021, the predict.

“We are building the Amazon of the private markets – the first stop investors think of when considering alternative investments, because they know they will find here a full range of products with varying risk-reward profiles,” Choo stated.

Using blockchain and smart contracts, the ADDX platform automates manual processes in the issuance, custody, distribution and secondary trading of private market products. The resulting efficiency from tokenization allows the platform to fractionalize investments from $10,000-$1 million.

For issuers, the digital securities exchange provides access to previously untapped capital pools and reduces both the cost and minimum threshold of fundraising projects. In January 2021, ICHX Tech, which operates the ADDX platform, announced its Series A US$50 million round.

The fintech company is backed by Singapore Exchange (SGX), Temasek subsidiary Heliconia Capital and Japan state-backed investors JIC Venture Growth Investments (JIC-VGI) and the Development Bank of Japan (DBJ). Last year, the ADDX platform was named by the CB Insights company Blockdata as one of the nine leading tokenization platforms in the world – the only platform from Asia to make the list.

“Returns in the public markets are on a gradual decline,” Choo said. “For a traditional 70-30 mix of public stocks and bonds, returns look set to fall from more than six per cent p.a. for Baby Boomers to just 2% p.a. for Generation Z.

“Large institutional investors see this trend and they have the tools to diversify into the private markets, which now make up 20 per cent to 30 per cent of their portfolios. Not allowing individuals to diversify in the same way is – to put it bluntly – unconscionable. It is essentially saying a younger generation of investors shouldn’t expect a decent rate of return, which implies they will have to stay in the workforce much longer to meet their retirement needs.”