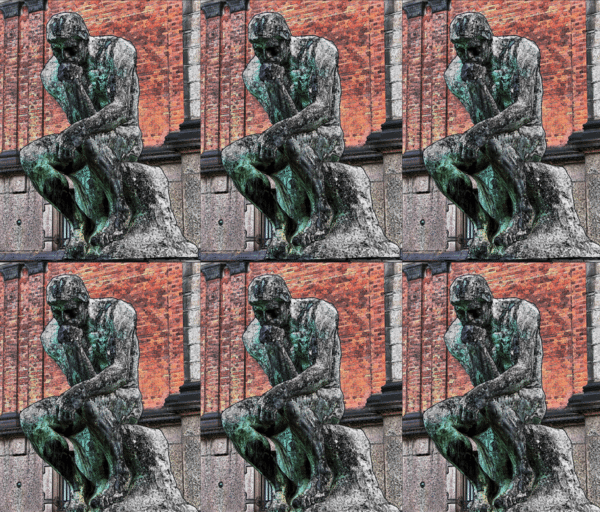 Steven L. Schwarcz, a Stanley A. Star Distinguished Professor of Law & Business at Duke University School of Law, notes that in the paper, titled Next-Generation Securitization: NFTs, Tokenization, and the Monetization of ‘Things’ (forthcoming in the Boston University Law Review), he has looked at the surge in interest of non-fungible tokens (NFTs) and tokenization.

Steven explains that NFTs and tokenization is being used for the purpose of monetization. In other words, these activities are being carried out to raise money by selling to investors interests in—a wide range of “non-cash-generating assets,” such as art, collectible cars, access to basketball game (other professional sports) footage highlights, high-end real estate, and also “fictitious” real estate that’s used in video games. (Note: The use of the term “fictitious” can be inaccurate as these are considered digital collectibles that are part of a fast-growing Metaverse that is now being supported by major financial institutions.)

Steven points out that the current market for these “monetization transactions” is in the billions of dollars and growing fast. However, he also mentions that there is “virtually no regulation.” (Note: this is not entirely true, because regulators and other legal experts are currently at work by developing regulatory frameworks for these new forms of assets.)

According to Steven, his paper has two main goals: “to help regulators, investors, and other market participants understand these transactions, including their risks and benefits, and to analyze how these transactions should be regulated to preserve their benefits and minimize their risks.”

He further noted that monetizing assets has “a long and established pedigree, encompassing securitization, project finance, production payments, and similar transactions that raise cash by selling interests in cash-generating assets or projects.”

Steven also noted that the main difference with NFTs and tokenization transactions is that the underlying assets don’t by themselves generate any monetary value (or cash). He further clarifies that these assets might not be sold off to generate cash either.

That’s why investors who maintain interests in non-cash-flow monetizations have “only one way of being repaid: by reselling their interests to other investors.” Steven further notes that the “limited source of repayment creates liquidity risk (among other risks).”

He also mentioned that illiquidity is “the main cause of bankruptcy as well as a major systemic threat to the financial system.”

He acknowledges that non-cash-flow monetizations may have “real benefits.” Rating agency Moody’s thinks, for instance, that such monetizations have “transformative potential,” including “creating greater financial inclusion by giving smaller borrowers, such as start-up companies and small and medium-sized enterprises (SMEs), much greater access to low-cost financing.”

Steven adds that promoting the growth of SMEs is critical “because they play a major role in most economies, particularly in developing countries, and also are important contributors to job creation and global economic development.”

“The goal … is to try to preserve these benefits while minimizing the risks. To put the risks into perspective, consider that liquidity risk, for example, is very different from the ordinary risk of investing in non-financial assets such as art, collectible cars, or real estate (even fictitious real estate). Liquidity risk arises when investors buy interests in non-financial assets thinking that the interests themselves are liquid.”

According to Steven, the problem is that those interests are “not always liquid.” The market for reselling those interests can be “unpredictable, and the pricing is extremely volatile.”

“Why, then, do investors buy interests in non-cash-flow monetizations thinking (mistakenly) that the interests are liquid? They might be attracted by the cachet of the underlying assets and also might view those assets as a hedge against inflation. Or they might be daunted by the financial technology, or ‘FinTech,’ which often is used to evidence the ownership and facilitate the transfer of their interests—especially those that are evidenced by blockchain-based digital ownership.”

He added that “some investors might mistakenly conflate the ease by which blockchain (or other Fintech cryptography) can facilitate the transfer of their interests with the existence of market demand to purchase those interests.”

He further noted that  “because the interests are often referred to as tokens (or even coins), many investors fail to recognize they may be investing in securities. Worse, there is evidence that some unsophisticated investors don’t even understand the basics about what they are buying.”

Steven also mentioned that the paper “examines how the former changes the monetization business to create new risks.”

He further noted that “one such change is to use blockchain (or other FinTech cryptography) to evidence the transfer of interests.”

According to Steven, this change “primarily affects process, not the actual substance of the interests being transferred.”

Based on that cost-benefit balancing, the paper “recommends that regulation should require better disclosure to try to make investors more aware of the liquidity risk.”

Since unsophisticated retail investors “would be most susceptible to information asymmetry and to suffering harm from losses, the paper proposes that regulators further study how to design disclosure and other securities law protections to protect those investors, including by possibly limiting their investments in non-cash-flow monetizations.”

The paper also “recommends that sponsors of non-cash-flow monetizations be required to retain a minimum (unhedged) investment in the interests sold to investors, in order to help align the sponsor’s and investors’ interests.”

“To help protect the interests of investors in the event of a sponsor’s bankruptcy, the paper recommends legislation—similar to that enacted under commercial law to address risks arising from the advent of the indirect holding system for securities—providing that investor interests in non-cash-flow monetizations represent direct property rights in the underlying non-financial assets.”

It’s worth noting that these recommendations/suggestions, like most others, are not entirely based on the latest developments in NFTs, DLT-based solutions, and other cryptographically-secured platforms and token offerings. This space is evolving at an exponential pace, which leaves very little time and resources to accurately review all products being offered.

Regulators in the US and the UK (along with other jurisdictions across the globe) have been very slow when it comes to effectively responding to the rise of not just NFTs, digital assets, and blockchain, but also to the wider developments in the Fintech sector. It’s clear that there needs to be more meaningful and productive communication between regulators and entrepreneurs in the Fintech industry.

You may review the full paper here.