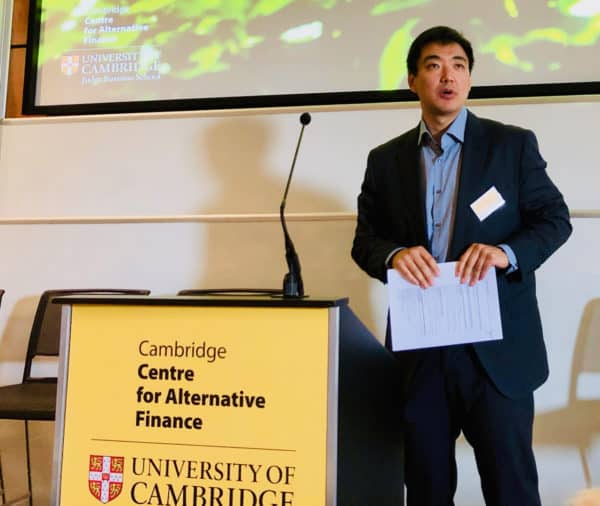 Earlier this year, the UK FCA, PSR, CMA, and HM Treasury published a joint statement on the future of open banking (open finance), while announcing the creation of a joint regulatory oversight committee designed to improve adoption.

The committee is co-chaired by the FCA Executive Director, Consumers, and Competition, Sheldon Mills, and PSR’s Managing Director, Chris Hemsley.

The mission of the committee is to plan and prepare for a future open banking entity while guiding the transition to the future framework that drives the application of open banking across the financial services sector. At the first meeting, it was determined to create a Strategic Working Group (SWG), and following a process conducted by the FCA, PSR, and co-chairs, Bryan Zhang, co-founder and Director of the Cambridge Centre for Alternative Finance (CCAF) was appointed independent chair of the SWG.

CCAF, part of the University of Cambridge Judge School of Business, is the top independent research entity tracking the global Fintech transition, including online capital formation, Regtech, blockchain and more. Established in 2015, its annual research reports, periodic events and global hubs have become integral to policymakers and industry insiders in better comprehending alternative finance. CCAF’s rigorous and critical research has been leveraged by regulators and elected officials around the world.

As the chair of the SWG, Zhang will report and is directly accountable to the co-chairs of the committee.  The SWG will operate from August to December 2022 and collate stakeholders’ views on ways to propel the open banking ecosystem, with a view to help inform the recommendations of the committee.

The United Kingdom is a leader in the open banking movement pursuing a more prescriptive approach requiring banks and other financial services firms to make their data more easily accessible but controlled by individuals. The advent of open banking will make migrating to services or incorporating new financial offerings far simpler, boosting access and innovation.