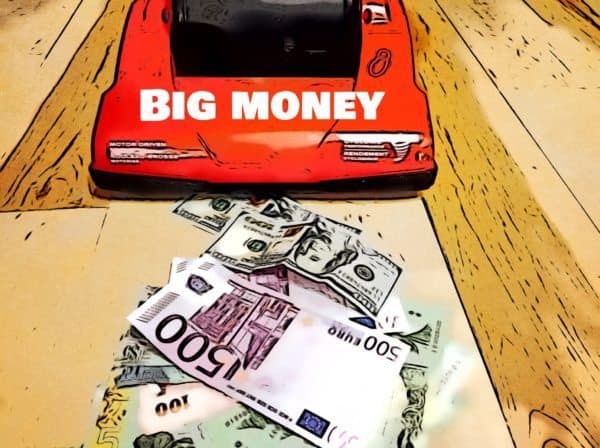 Announced towards the end of 2021, Republic purchased UK-based Seedrs combining one of the most active securities crowdfunding platforms in the US with a crowdfunding leader in the European market. The deal officially closed several weeks back following a review by UK authorities.

When the acquisition was finalized, Seedrs CEO Jeff Kelinsky stated:

“Seedrs and Republic will continue to lead and innovate the private investment market. The acquisition by Republic provides Seedrs with powerful new platform capabilities to complement our existing offerings; access to US investors and deal-flow; and a further commitment of substantial investment by Republic into Seedrs to accelerate growth in the UK and Europe.”

Kelinsky, who is American, is remaining with the merged firm and taking over global retail operations, which include UK/Europe platforms as well as the US.

Republic has long expressed its global ambitions, and Seedrs was already very active in the European Union, a market that recently created harmonized securities crowdfunding rules. Seedrs has established an office in Dublin, Ireland to better access the market. Under ECSPR [European Crowdfunding Service Provider Regulations], a company may now raise up to €5 million across all EU member states. Strategically, as the UK is no longer part of the EU, the platform can raise money in the UK, US, and EU, as well as Republic’s budding Asian operation, as long as it adheres to each jurisdiction’s specific securities laws. In the UK, the issuer can raise up to €8 million (without a prospectus) and in the US the amount is unlimited under Reg D (506c).

Not too long ago, Kelinsky reflected on Seedrs’ success during its first ten years of operation. Kelinsky noted that their online investment platform has enabled over £2 billion in funding for more than 1700 private firms. This number is certain to grow even larger, faster.

While the prospects are encouraging for the future of Seedrs+Republic, the combination of the two firms likely makes the newly minted operation the largest securities crowdfunding operation in the world.

Now, without diving too deeply into semantics, Seedrs at £2 billion and Republic at USD $ 1 billion (according to their websites) means the merged firm has enabled over $3 billion in investment in private firms.

Other contenders could be OurCrowd at around $1.9 billion (in committed capital) and Crowdcube at over £1 billion. In the US,  Wefunder reports over $553 million, StartEngine more than $650 million, and SeedInvest (owned by Circle) at around $486 million. Then there are new entries into the space that are more tech-focused, broker-dealers with an emphasis on larger funding rounds. Also, AngelList is a big player in online capital formation, and its recent AngelList Raise is targeting pre-Seed to Series C funding rounds (accredited only) and has already enabled over $500 million in funding.

Note that SeedInvest (Circle) has invested in Crowdcube, and the two firms are expected to pursue more cross-listed offerings, so there is an argument you could combine the two amounts. It is still not completely clear as to why Circle purchased SeedInvest, but the platform does have a broker-dealer license as well as approval to operate an ATS [Alternative Trading System] for secondary transactions. Wefunder has already indicated its intent to operate in Europe, and other platforms could look to partner or merge with an international platform, thus combining aggregate funding volumes.

Seedrs has stated that it is poised to “deliver over 600 campaigns and £250 million in net investment to fundraising companies worldwide” across the Republic and Seedrs network – without providing an exact timeline. Offerings should go beyond early-stage private firms but collectibles, crypto, real estate, and more.

Now, the biggest or largest does not define the best. While platforms may be measured based on funding volume, over time, they will also be scrutinized on the returns generated for their investors on a portfolio basis. CI has long stated that for the industry or platform to be sustainable, it must provide access to capital, solid investor returns, as well as a profit for the platform. Venture investing is not for risk-averse individuals, and it will take some time to generate good data, but this is a metric that platforms can be compared to that beyond the most funding volume. Exits and returns will become more important.