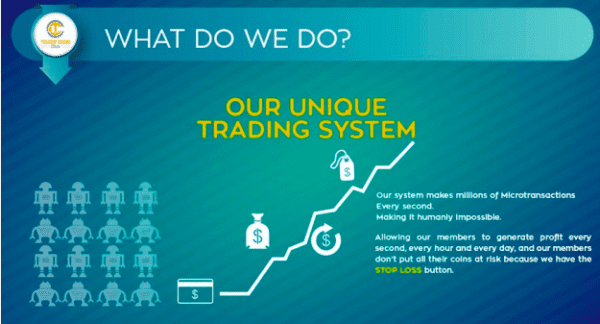 The Securities and Exchange Commission (SEC) has filed charges against the creator and promoters of the Trade Coin Club, which is described as a “global crypto Ponzi scheme.”

The complaint states that in early 2018, Trade Coin Club announced that it would discontinue services to U.S. residents. Soon the company ceased providing redemptions to any investors in Bitcoin and instead required investors to withdraw assets in “TCoin,” described as a new crypto asset issued by Trade Coin Club, which “ultimately became worthless.”

The SEC alleges that investors were lured by the representation that this bot made “millions of microtransactions every second and that investors would receive minimum returns of 0.35 percent daily.”

The SEC claims that instead of using investor funds to trace crypto, Braga allegedly siphoned off the funds for his own benefit and to pay a network of Trade Coin Club promoters, including Paradise, Taylor, and Tetreault.

Multiple laws were apparently violated during the ploy.

The complaint seeks injunctive relief, disgorgement, and civil penalties. The SEC filed a second complaint alleging that Tetreault violated securities registration provisions, and without admitting or denying the allegations, Tetreault agreed to settle the SEC’s charges. The settlement is subject to Court approval.