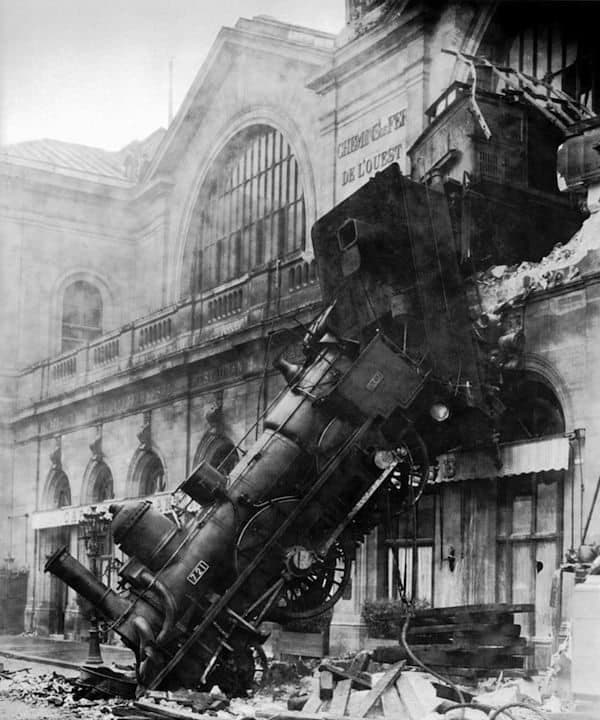 Since the beginning of the year, the price of bitcoin has dropped by 64% from $46,311 to $16,851, but the market hasn’t yet reached a bottom. As the global economy enters a recession, the world’s first cryptocurrency could fall to $10,000 in 2023, according to Thomas Kralow, crypto trader, coach, and entrepreneur behind ‘University Grade Trading Education’, an accredited trading learning program that offers the knowledge to achieve consistency at the financial markets.

As a financial markets professional that has built his investment portfolio in crypto trading, Thomas has shared insights with Crowdfund Insider about the current and forecasted market conditions and crypto prices.

Has bitcoin hit the bottom yet?

“From a short-term perspective, the current market situation may seem like the bottom is in, especially if we look at on-chain metrics. Plus, by looking at previous bear market cycles, we can see that we are approaching the area of mass fear and capitulation. However, these models could be broken as a result of the current unprecedented macro environment and macro events. In all of Bitcoin’s history, it hasn’t yet faced a recession. The situation is unprecedented, and we don’t yet know the full extent of its impact. That doesn’t mean that Bitcoin is going to die. It means that current trading models are irrelevant and, if they do continue to work, they will do so entirely by coincidence.”

What is currently affecting the price of Bitcoin, and what will happen long-term?

“Currently, we have midterm elections taking place, oil prices are going down, inflation rates are easing and the Fed may soon slow down the interest rate hikes. These factors indicate a strong possibility of a slight Christmas relief rally, but in the long term, the situation will remain very bearish. According to Credit Suisse, economic growth is set to remain low and digital growth is decelerating. As JP Morgan has predicted, the most likely scenario is that developing economies will fall into a mild recession in 2023,”

What is the forecasted Bitcoin price for 2023?

“The probability of a recession is high. People lose their jobs, the Fed pivots too late and we will see the same situation that played out back in 2008. When the Fed pivoted, there was a relief rally for S&P 500, but as the interest rates finally started going down, the market crashed another 40%. It only bottomed when the Fed funds rate was basically at zero. This doesn’t bode well for bitcoin in 2023 and we could potentially see its price fall to $10,000 or even lower next year.”

Our discussion with Thomas Kralow is shared below.

Crowdfund Insider: The end of the year spells trouble for the crypto industry. First, the FTX’s collapse, which was another part of the mechanism that continued the cascade of liquidations on the crypto market (after collapsing the LUNA altogether with Celsius).

Now the news of massive Binance withdrawals made headlines. Do you think we’re likely to see the fall of other crypto projects?

Thomas Kralow: We will definitely see the fall of other cryptocurrencies. One of the reasons being that we still don’t know which cryptos Alameda currently holds. During their bankruptcy proceedings, many tokens will be sold on the open market including a large number of Solana native tokens. This could create huge selling pressure that would outweigh daily liquidity and cause its price to come crashing down.

The same goes for many other projects that are in the danger zone. Cryptocurrency lender Genesis has found itself in a $1 billion hole, while the future of Gemini, Grayscale, and DCG, among others, are uncertain. More downside pressure will only continue to test the weakest links in the chain.

Crowdfund Insider: Does the situation with FTX have a similar impact on the crypto industry as the Mt. Gox collapse?

Thomas Kralow: Exchanges are a crucial part of the crypto market’s infrastructure, which bridge the worlds of digital and traditional currency. When a player with a huge market share collapses, it has a knock-on effect that shakes the entire ecosystem.

However, in my opinion, the collapses of FTX and Mt. Gox aren’t all that alike. Of course, Mt. Gox was the first large crypto exchange to file for bankruptcy, which greatly affected Bitcoin’s price back in 2014. However, this was due to what was the largest crypto hack in history. Nowadays, the reasons for the collapse of exchanges differ.

If anything, the collapse of FTX is the crypto world’s answer to the fall of the Lehman Brothers in 2007 amid the Great Recession. Comparing FTX to Lehman Brothers is far more accurate. And yes, the impact will be just as severe, if not more so.

If anything, the collapse of #FTX is the crypto world’s answer to the fall of the Lehman Brothers in 2007 Click to Tweet

Crowdfund Insider: How will the collapse of FTX affect the development and adoption of blockchain technology? What impact will this have on DeFi products and the crypto market overall?

Thomas Kralow: Many are claiming the FTX collapse will set the whole industry back by three years. I beg to differ. Rather, I think it will and already is accelerating regulation. This is something the market needs, just like junk bonds needed regulating back in the 80s. Everyone thought it would kill the industry, but look what happened — it went 100x.

Sure, some DeFi products will suffer and many will die. And that’s okay. We need this purge to happen so that it’s not so easy to steal billions of dollars through the same schemes Sam Bankman-Fried likely used.

This series of unfortunate events has set the perfect stage for staunch crypto proponents such as Cynthia Lummis from Wyoming and her crypto regulation bill. If it becomes law, it will open the floodgates and institutional money will finally begin to flood into the market. This is because there will be a clear legal framework in place for institutions to start investing in the most scarce asset on the planet, and the most efficient and superior forms of money — a selection of altcoins.

Many are claiming the #FTX collapse will set the whole industry back by three years. I beg to differ Click to Tweet

Crowdfund Insider: How long will the bear market continue? What events are likely to change the trend both long-term and short-term?

Thomas Kralow: There are a number of catalytic events on the horizon, both positive and negative. On the positive side, we have things such as Ripple’s victory in its lawsuit against the SEC. Another example would be a spot Bitcoin ETF in the USA, Saudi Arabia and China opening up to crypto, or the looming Bitcoin halving which is likely to occur in 2024.

However, there are also a number of potential negative catalysts around the corner such as the panic caused by the FTX collapse. We still don’t know the full extent of the situation and cascading liquidations could still follow.

But, in my opinion, the biggest concern is the recession. The median consensus of the biggest banks and the largest asset managers is that the likelihood of a recession is somewhere between 40%-60%. I’m more on the side of 60%. The FED is likely to keep interest rates too high for too long, which will lead to a huge spike in unemployment and the economic consequences could be very painful.

If that is the case, we will see another 30%-40% drop in the SP500. Bitcoin would likely face a similar (or worse) fate, which would be that last mass capitulation event. In terms of when, I think it will all play out during 2023, and we will finally see the light at the end of the tunnel around Q1 2024.

Crowdfund Insider: Is the current Bitcoin price attractive for institutional investors? What impact do they have on the crypto market?

Thomas Kralow: I think that institutional investors understand the concept of the “Asymmetrical Bet.” It’s when the potential upside is disproportionate to the potential downside. Smart money understands that the potential downside for Bitcoin right now is 100%; however, the potential upside is at the very least 300%-500% if we look ahead to 2025. Therefore, for them, it doesn’t make much of a difference to acquire bitcoin at $16,000 or at $12,000. The return percent difference will still be enormous, and the returns are worth it from a purely mathematical point of view.

However, in the current bear market, institutional investors have been and are suppressing the Bitcoin price through the CME derivatives. PUT options are traded in disproportionately large volumes. However, we can’t rule out the possibility of it being simple hedging of their spot holdings. This is what I’m inclined to believe.

Once institutional investors feel that the bottom is in, the derivatives pressure will dissolve and we will see a spike in accumulation. The same thing happens during every bear market. Until then, we have to bear the pain of uncertainty and trust that the DCA (Dollar-cost averaging) concept will save us all.

The probability of a recession is high. People lose their jobs, the Fed pivots too late and we will see the same situation that played out back in 2008 Click to Tweet
Sponsored
Medical 21 Aims to Revolutionize Bypass Surgery, a Multi-Billion Dollar Sector of Healthcare, Sells Shares to the Public in a Reg A+ Securities Offering
Sponsored Links by DQ Promote