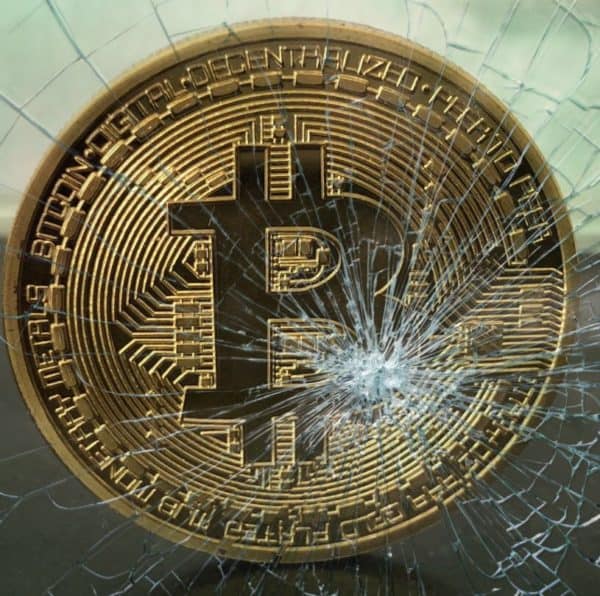 Charles Guillemet, Ledger’s CTO, looks back at the most “critical” crypto events of 2022 and argues that “the failure of centralized entities has emphasized more than ever the importance of self-custody in ensuring inalienable ownership rights.”

Ledger notes in a blog post that 2022 was “a wild ride for the crypto world.” From an all-time high market cap “worth $2800 billion in 2021 down to $900 billion today, the market has shown volatility and unpredictability.” But that’s not all.

In 2022, we’ve “seen significant security breaches that are not only reshaping the industry, but showing the way.”

As noted in a blog post by Ledger, “on the tech and security front, things didn’t go well.” We witnessed “significant failures highlighting just how important digital security is.”

As the update from Ledger mentioned, one area of concern “was the security of blockchain bridges, which are used to connect different blockchain networks.”

Several popular bridges, “including Ronin, BNB Bridge, Wormhole, and Nomad, were hacked, resulting in losses of almost $2 billion.” The need for these bridges “is clear, as they allow for the transfer of value and information between different blockchains.” Creating secure, trustless bridges “remains a major challenge.”

The year was “marked by a significant hack of Slope wallet users.” A simple security flaw in the software “allowed hackers to access users’ private keys and drain almost 10,000 wallets, resulting in losses of around $8 million.” This created “a great deal of fear, uncertainty, and doubt in the Solana ecosystem.”

Several centralized exchanges “suffered from security breaches leading to loss of significant funds.” The two centralized exchanges Bitmart and Ascendex are “the most prominent examples as they lost respectively $196m and $77m from their hot wallets, highlighting the difficulty of building a secure and scalable wallets infrastructure.”

Coinbase also “experienced a hack of 6000 of its users’ wallets.” The attackers leveraged an issue in the platform’s account recovery process “where they simply bypassed the 2FA, underlining the difficulty of account security.” People are “usually very bad at generating, remembering and using passwords.” The world “needs to migrate to hardware-based Fido2.”

As noted in the update from Ledger, A stablecoin is “a type of cryptocurrency that is designed to maintain a stable value, typically by being pegged to the value of a fiat currency or other assets such as gold.” This stable feature “makes them an important part of the cryptocurrency market, as they provide a way to store value in the context of uncertainty and high volatility.”

In general, a stablecoin issuer “mints the stablecoins and guarantees its collateralization.”

For example, Tether (USDT) is “collateralized by money market instruments held by the Tether company.”

Despite their dominance, these stablecoins “are often criticized for their centralization and potential for censorship.”

TerraUSD (UST), the protocol “that collapsed in May, was a different case.”

At first, It was “an algorithmic stablecoin without reserves, which means that it solely used a system of minting and burning tokens to maintain its peg.”

To mint UST, users had “to pay in Luna tokens, and the protocol would burn these Luna tokens to limit their overall supply and slightly increase their price.” To mint Luna, users “would convert UST, burning some UST and increasing its price.” This system was “designed to incentivize arbitrage and maintain the peg.”

However, this system “was fragile and was brought down by two whale traders, resulting in the collapse of both the TerraUSD and Luna tokens and losses of around $18 billion.”

The Terra ecosystem also “brought financial products with attractive interest rates anchored at 20% APY, which were essentially gambling with the stability of the UST stablecoin.”

The negative effects of the Luna and Terra crisis “spread when TerraLabs sold off large amounts of Bitcoin from their reserves in an effort to save their protocol.”

This caused market prices “to drop across the entire cryptocurrency market.”

These events “show the dangers of using levered schemes and will likely make people more cautious about using algorithmic stablecoins in the future.”

In the aftermath of the market crash and the collapse of the TerraUSD stablecoin, several centralized entities in the crypto market “were heavily exposed to these protocols.” In June, we witnessed “the bankruptcy of Celsius, followed by several other major players such as Three Arrows Capital.”

While some players could be saved and bought out at low prices, such as BlockFi being acquired by FTX, “it was later revealed that FTX was also gambling with users’ money.”

In June, they began “printing a large amount of FTT and putting it on their balance sheet at a misleading value.”

When rumors started to spread about the potential insolvency of FTX, “a bank run occurred, withdrawals were quickly stopped, and the company declared bankruptcy only a few days later.”

Other FTX-exposed actors, “including BlockFi and Genesis, are still dealing with the consequences of the company’s failure.”

As noted by Ledger, these events “have sparked discussions about the solvency of centralized entities in the crypto market.”

While technical solutions for proof of reserves and proof of solvency exist, “they are not widely adopted and do not cover liabilities.”

This event brought “renewed attention on crypto from regulators.”