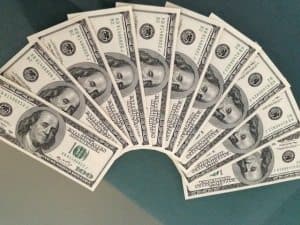 I read an exceptional article back in November written by Daniel Gorfine and Ben Miller.  Daniel is Director of Special Projects & Legal Counsel for the esteemed Milken Institute and Ben is Co-Founder of Fundrise – a direct investment platform for local real estate and businesses.  Their article was pertaining to the possibility of the Jobs Act creating a Two Tiered System within the crowdfunding industry.

In brief, once the rules regarding the private placement portion of the  JOBS Act are finalized, those offerings will be allowed to advertise alongside their Crowdfunded brethren.  Private placements issued under Rule 506 are targeted towards Accredited Investors.  These are the sorts of individuals that are of high net worth and considered “sophisticated” by the SEC.   This follows along the same lines as individuals who invest in hedge funds.

This is a large pool of funds, to quote the aforementioned article;

”…even without the ability to solicit investments generally, approximately $895 Billion was raised in 2011 under Rule 506, more than five times the $169.9 Billion raised in global IPOs in the same year.  And the estimated $2.8 Billion that will be raised worldwide via crowdfunding this year is a comparative trickle.”

Until crowdfunding is actually legal, the $2.8 Billion is a guess at best but the numbers are expected to be significant.  Without any statutory limit on the amount a private placement may raise, the picture has the potential to change dramatically.

Now the premise of the article is the concern that the SEC does not create a regulatory environment where the cost becomes too burdensome for the growing number of portals, thus queuing up to offer equity based crowdfunding and creating a venture which is dead on arrival.  Compound this with a more amenable process for Rule 506 funding, the balance could tip in the direction of Broker Dealers.  We are certain the SEC is aware of the evolving dynamics and trust no one desires a two tier system where the punters are shuffled off to limited access to the crowdfunded deals.

Alternatively there is the concept of “Integration” (“SEC wonkery”) or more precisely, measures to allow integration, 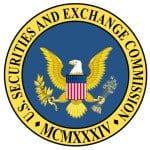 meaning that a given issuer could be able to offer securities through a Rule 506 private placement as well as through a crowdfunded offering creating a side by side offering.  In traditional securities law, great care is taken that a public offering cannot dovetail into a private offering.  This application makes sense as its goal is to provide for comparability of terms for different groups of investors in the same company.  However, we question whether it makes sense for there to be limitations on crowdfunded investments in this regard. Where the portals may be able to benefit from blending the two types of investors – thus offering the same types of deals being offered to the Hedge Fund crowd but allowing access to the less affluent folks who have not been allowed access to these types of deals in the past.

Now the risk will always be inherently present in any type of offering, but wouldn’t there be benefit in allowing both sides of the track to participate in these deals?  Taking this one step further, creating an environment where more capital would be raised would enable the portals to capture greater fees and potentially offer more services to both businesses and investors.  Allowing this collaboration at the beginning would also decrease the growing pains a company will feel in subsequent offerings by not having the burdensome necessity of multiple classes of stock. 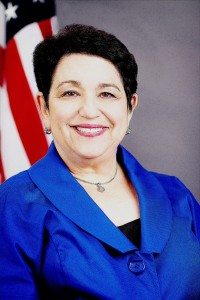 Currently this is all speculation. The SEC does have their work cut out for them.  In the end however, if the process benefits the businesses raising capital by enabling access to more capital, granting investors more access to better deals and the portals the ability to raise more capital – when necessary – thus mitigating some of their costs, perhaps this is the path to greater efficiency for capital allocation vital for business growth in this country.