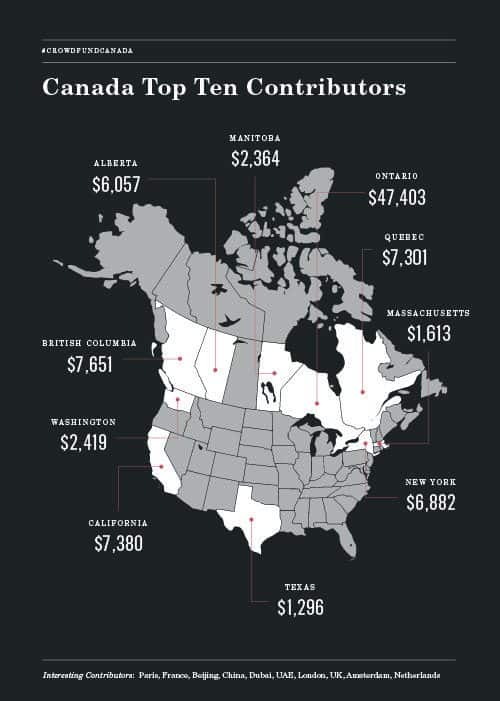 Everlane posted an infographic on their site which showed which regions supported their crowdfunding effort.  Listing the top 10 regions of funding support, Ontario was at the top of the list having donated the bulk of the amount – $47,403. British Columbia was a very distant 2nd with $7,651 designated towards Everlane’s  self-crowdfunding project.   They also raised funds from countries outside of North America including: France, China, Dubai, United Arab Emirates, United Kingdom and The Netherlands.

As previously covered, Everlane created a marketing initiative which also captured elements of reward based crowdfunding.  In crowdfunding Everlane was able to  “bring rewards for those who join early, while testing demand.”

Everlane is a San Francisco based online only retailer which has cut out the middle man in the procurement process thus delivering very high end clothing at “disruptive” pricing.  The retailer held a launch event for their move into the new market earlier this month titled, Visit Our Not A Shop held in Toronto.