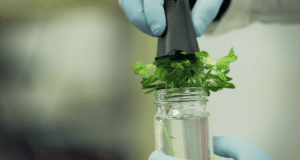 You may have heard of Kickstarter — the darling crowdfunding site where artists, designers, moviemakers, and others pitch pet projects to an online funder audience. Kickstarter may have just taken on a new and unwelcome role — as the one-stop shop for risky biotech companies looking to execute an end run around regulation.