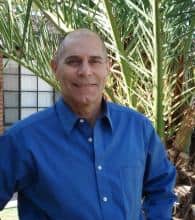 Mark Perlmutter is organizing the 2013 Crowdfunding World Summit, a two week online event that will bring crowdfunding experts from all over the world together for a comprehensive series of interviews discussing the history, current context and future path of crowdfunding.

Crowdfunding enthusiasts and interested parties can register for the event at CrowdfundingWorldSummit.com. Registration is free. The event will begin on August 25th at 5 PM PST. Three interviews will be available to stream online each day during the event, which will end on September 7th.

I recently spoke with Mr. Perlmutter about the upcoming event and his hopes for what attendees can glean from it.

The event is divided into four sections or “tracks” as follows…

Intrastate crowdfunding may be the big underlying story during the event. As states like Georgia and North Carolina move forward on their own crowdfunding initiatives, Perlmutter thinks this will be an increasingly important approach especially in the absence of any meaningful movement on the JOBS Act. “Marrying up a state crowdfunding law with current state direct public offering laws provide a funding track that is very exciting,” he said.