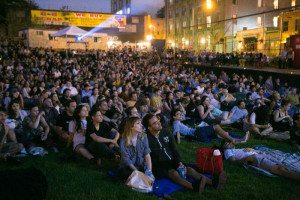 The 3rd Annual Kickstarter Film Fest was held this past week and reports from Kickstarter show it was an incredible success.  The event held in Brooklyn under the shadow of the Williamsburg bridge was a gather filled with music, film and much fun by all

Musical performers included composer Jherek Bischoff who kicked off the event.  Food was provided by Kickstarter Alumni such as popcorn from PopKarma, shrimp rolls from Littleneck, popsicles from the incredible Brewla Bars, and hot dogs from Snap.

Films included over a dozen crowdfunded films including Blank on Blank, a restoration of the 1966 film Portrait of Jason, Mr. Grillo, a documentary about Mississippi-based theremin maestro and many more. 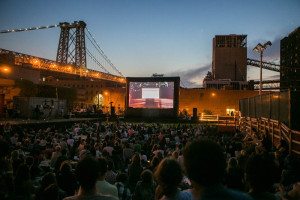 The team at Kickstarter has decided it was so much fun they have decided to share the experience with everyone.  So even if Brooklyn was not in your travel plans this past weekend you can watch the entire gather on Kickstarter here.  It will be available for only two weeks so don’t wait.  So grab the popcorn, relax and enjoy this magical evening today.