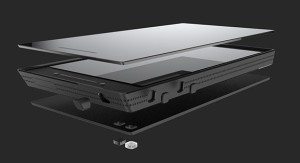 The Ubuntu Edge smartphone has surpassed the Pebble Watch‘s rewards-based crowdfunding record of $10,266,845. However, unless Canonical can find $22 million more in funding it may end up being all for naught.

The campaign for the Edge is a fixed funding campaign, which means that Canonical has to hit 100% of their $32 million goal in order for the funds to be released. This would also result in a nice $1.6 million windfall for Indiegogo, so the platform is very much incentivized to help Canonical find a way.

The kicker is that Indiegogo has been known to allow project creators to change the length of their campaigns in the past. It’s precisely how Scanadu broke Indiegogo’s all-time record. They extended their campaign for the Scanadu Scout long enough to break the record. It made for nice press and gave Scanadu a little extra money to work with in the interim.

Will Canonical take the same approach? We’ll have to wait and see.

In the meantime, Canonical has launched a Thunderclap campaign seeking social reach, and it seems to have worked out just fine. The campaign has been supported by over 800 people and resulted in a social reach of almost a quarter-million people at the time of writing.

It isn’t the first time we’ve seen Thunderclap being used in the space. Campaign creators would be well served in familiarizing themselves with this service, as social reach is so important to crowdfunding success.