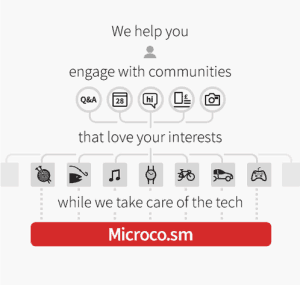 London based Microco.sm is a new platform that hosts discussion forums, bulletin boards and communities.  In November of last year they raised capital on the Seedrs platform.  In a short 15 hours they crowdfunded £50,000 to support their growing business.  Come 2013 and they needed to raise additional capital  and they chose to go with Seedrs once again.

This time Microcosm offered a 5% stake for £100,000.  The offer went live at 9:30AM GMT today and was almost immediately funded, beating the 15 hour mark from 2012.  127 investors rushed to gain a stake in this exciting venture.  Investments ranged from as little as £100 up to £12,000.  The round was funded in a record breaking time of just over 2 hours.  All participants will also be able to take advantage of the Seed Enterprise Investment Scheme (SEIS) which allows for significant tax relief. 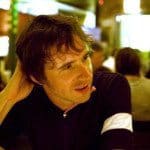 Microcosm was co-founded by David Kitchen and Matthew Cottingham.  The two previously worked with the likes of BBC, Microsoft and Hailo.  The two entrepreneurs want to turn the Facebook model upside down by focusing on what your are interested in – as opposed to who you know.  The product which is still in Beta is being tested by several communities – and they hope to add more to the trial list.  The pair were humbled by the strong community support and will use the funds to get the product to market quicker.

The pair also operate LFGGS.com which is one of the largest cycling communities in the world.

Kitchen said of the crowdfunding success; 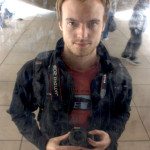 “We have been blown away by the reaction to the business. We publicised the campaign through our own cycling community and many of the investors came from that network. It shows there is a real thirst for communities that serve the needs of their members. We believe in creating social networks that are not linked by address books, but by hobbies and interests. As a result of this funding we now have the breathing space to create a world-class product that will revolutionise the way people interact online.”

The concept was driven by frustration at the stagnation of forum software.  Early on they drew parallels to what Shopify did for small and medium businesses and now they want to make it really easy for forums / interest based communities to get going and scale. 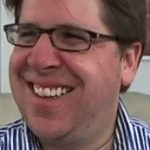 “This has been another unprecedented campaign for Seedrs and we are thrilled with the result. By successfully harnessing the support of their personal

networks, Microco.sm have broken all records on the Seedrs site. They are now in a place where they can focus on getting their product right before taking it to market.”

One of the main reasons the growing company chose Seedrs was because Seedrs then becomes a single shareholder making communication and legal issues much simpler.  This “nominee” structure also provides investors with important protections through a subscription agreement.